Shark brutally attacks man who tried to save it 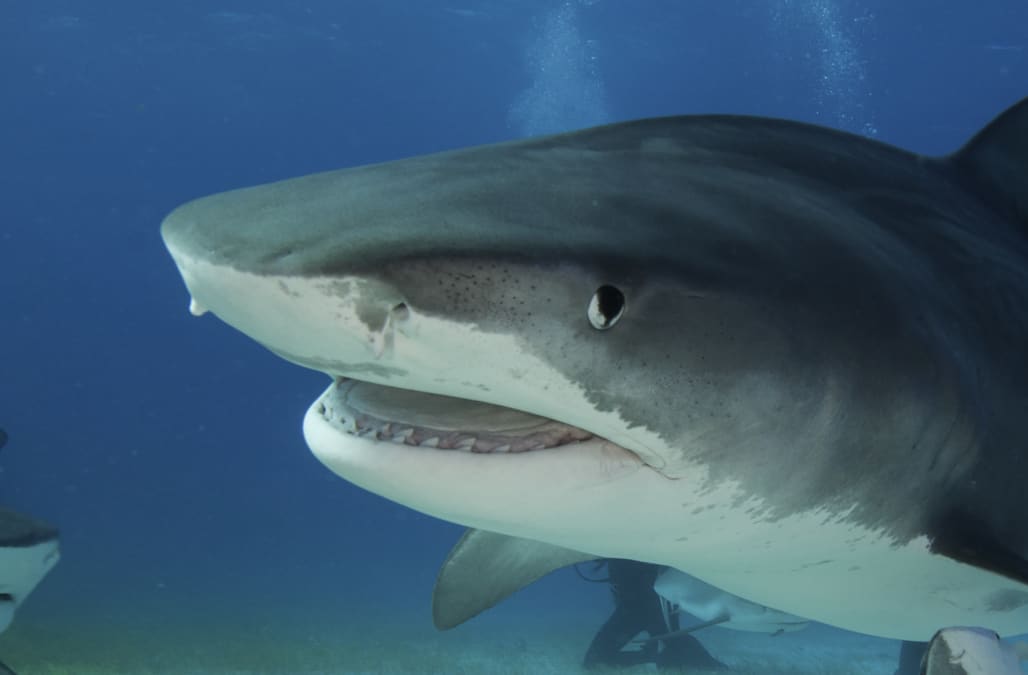 A man who tried to free a 4-foot tiger shark off the coast of Wrightsville Beach in North Carolina was brutally attacked -- and the scene was caught on video.

WWAY reports that in the footage, which was first posted on Instagram, a tiger shark takes a huge bite out of the man's arm as he tries to free it from a fisherman's hook.

Warning: Though there is no view of the injury itself, there's a great quantity of blood in this video.

While trapped on the hook, the shark struggled to maneuver -- so when two men recklessly waded in to set it free, the scared animal lashed out.

Video shows the creature thrashing as one of the men grabs its tail and eventually bites the careless hero, producing a disturbing cloud of bloody water.

By the time first responders arrived, the man had already disappeared, according to WWAY.