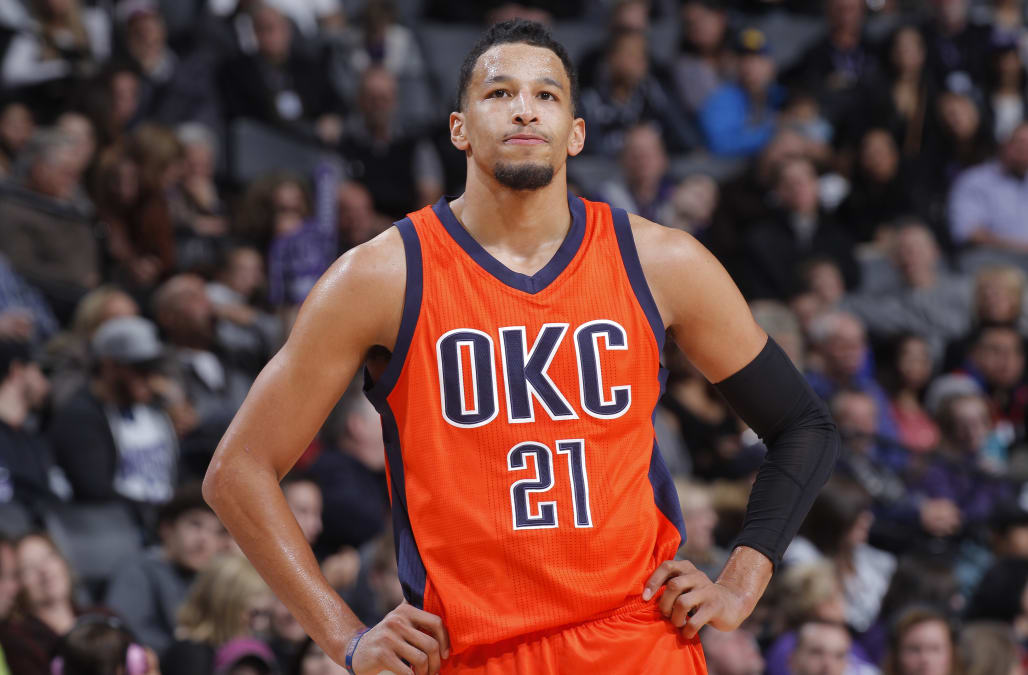 NBA player Andre Roberson snagged a three-year, $30 million contract with the Oklahoma City Thunder on Wednesday. Then he went out with buddies and celebrated by leaving a $13 tip on a $487 bar tab.

But this is 2017, where the internet does not simply let a transgression like this pass.

Moreover, Roberson actually made the whole episode look even worse when he defended his stinginess after being called out on Twitter.

@FlyDre21 get paid 30 million for 3 years and tips this!!! Your trash!!! pic.twitter.com/OSONPSBSUA

Shouldn't have had to tip you it was just a bottle at a bar ...there was no service ..now I can see if it was a club! You Reaching bro

Couple things to point out here before we move on with our story.

Related: See the biggest moves of the NBA offseason so far:

Roberson tried to move on from the episode after his miserly tip became an internet story — but teammate Steven Adams wouldn't let the issue pass so easily.

In other news! Where is @Enes_Kanter & @RealStevenAdams these days hope your doing good brodies!!!

In the immortal words of Michael Scott:

WATCH: This mixed reality room is so trippy it might leave you questioning reality