Nadal beaten by Luxembourg's Muller in Wimbledon fourth round 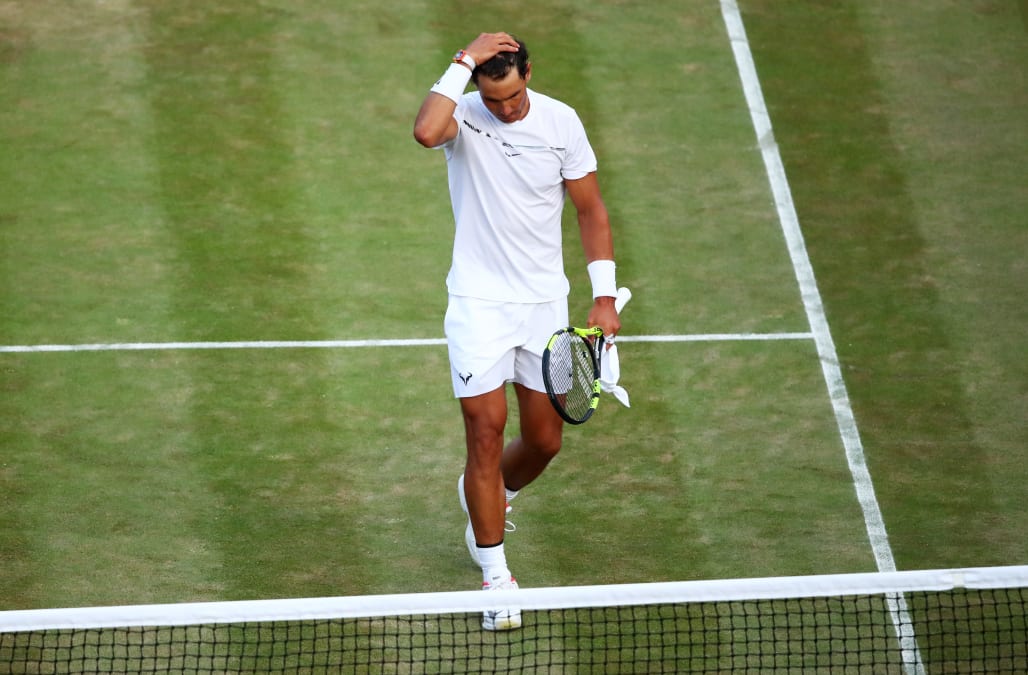 LONDON, July 10 (Reuters) - French Open champion Rafael Nadal's hopes of a third Wimbledon title were crushed by Luxembourg's Gilles Muller as the Spaniard lost 6-3 6-4 3-6 4-6 15-13 in the fourth round on Monday.

The 31-year-old Spaniard battled back from losing the first two sets on Court One but left-hander Muller pounced in the 28th game of the decider for a stunning victory.

Muller will face Marin Cilic in the quarter-finals.

More from AOL.com:
Grigor Dimitrov pulled off an accidental trick shot at Wimbledon on a point he thought was already over
New video shows Venus Williams was driving 'lawfully' during crash that killed a passenger in second car
The best photos from the week in sports: 6/30 - 7/7