Donald Trump appeared in the music video of a Russian singer who helped organize Trump Jr.'s meeting with Kremlin-tied lawyer 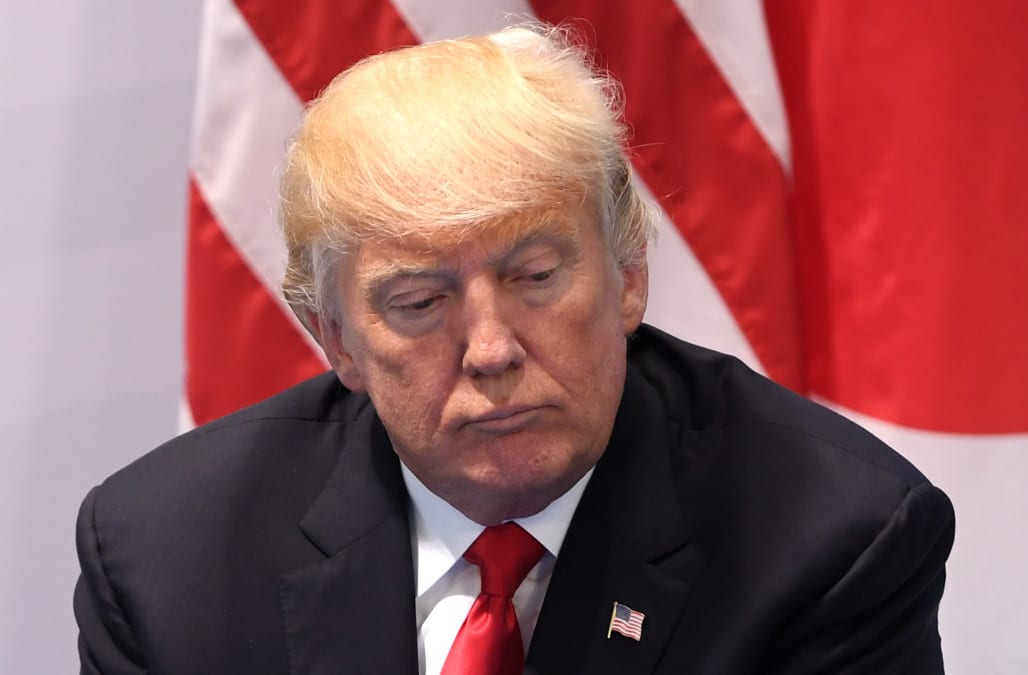 Reality is often stranger than fiction, and in today's pop-meets-politics news, we take a look back at a hammy appearance by the 45th president of the United States in a Russian pop music video.

It's unsurprising, given Donald Trump's long list of embarrassing cameos in TV and film, but it just so happens the singer's agent organized a meeting during the 2016 presidential campaign with Donald Trump Jr. and a Russian lawyer who promised damaging information on Hilary Clinton.

As was recently reported in The New York Times, Trump's eldest son met with lawyer Natalia Veselnitskaya, who has close ties with the Kremlin, at the behest of Rob Goldstone. It appears Trump Jr. agreed to the meeting after Goldstone mentioned that Veselnitskaya would give up dirty details on the then-Democratic presidential candidate.

Goldstone runs a public relations company called Oui 2 Entertainment. He knows the Trumps from his work on the Miss Universe pageant, and in 2013, when his EDM pop client Emin Agalarov filmed a music video for his single "In Another Life," Goldstone convinced Trump to make an appearance as Emin's angry boss. When the singer drifts off during a board meeting into a fantasy life spent with Miss Universe contestants, the businessman gets mad and fires him. You know, standard Trump behavior in and out of office.

The Washington Post reports that, back in 2013, Emin and his wealthy, real-estate developer father Aras Agalarov sponsored Trump's Miss Universe pageant. They also made a deal to build a Trump-branded tower in Moscow, although that deal is on hold. Goldstone has since confirmed that the 2016 meeting between Trump Jr. and Veselnitskaya was in fact requested by Emin Agalarov.

If this all seems very weird, that's because it is. For those keeping score at home, federal prosecutors are still investigating whether the Trump campaign was aware and encouraging of Russian interference in the 2016 U.S. presidential election.

Check the future president out in this Euro dance-pop tragedy below, and try to get a grasp on real life.