Cliff jumper takes horrific belly flop off 83-foot cliff: 'It sounded like a big splat on the water' 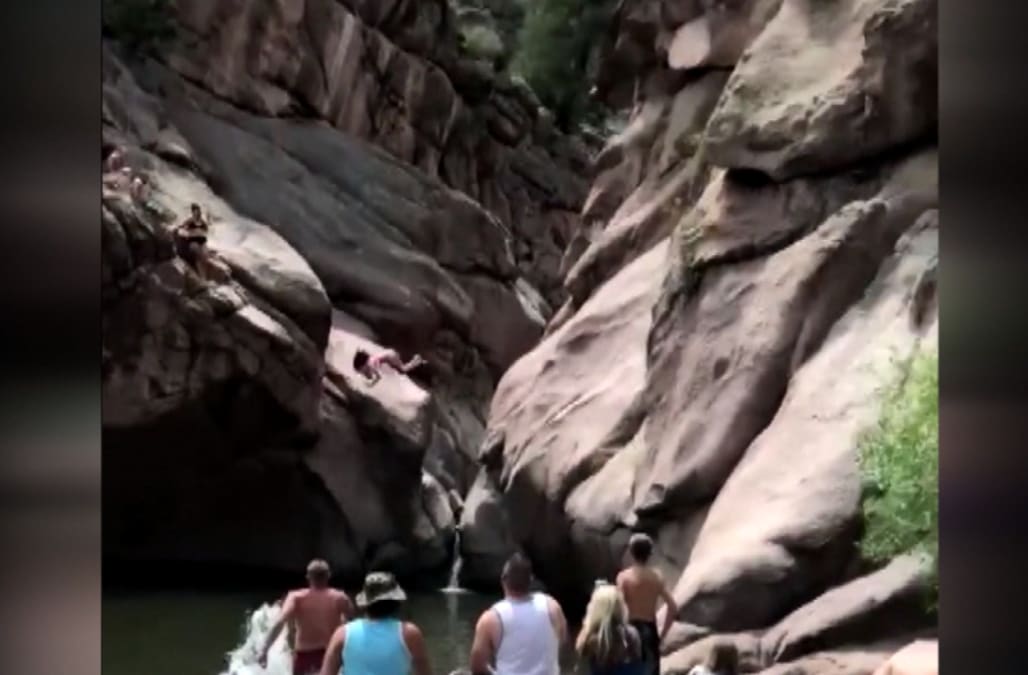 A woman was rushed to the hospital over Fourth of July weekend after she did a terrifying belly flop off an 83-foot-cliff in Colorado.

The incident occurred at Guffey Gorge outside Colorado Springs, a popular destination for many cliff jumpers.

There are warning signs planted all over the area, informing revelers that "Jumping or Diving Not Recommended" and could result in "Injury or Death."

Rachel Dukich shot the video of the woman on her phone and posted it to Instagram five days ago.

"It sounded like a big splat on the water," she told Inside Edition. "It sounded painful, that's for sure. We did see her come up with a bloody nose. She was super disoriented."

The woman was airlifted to the hospital with a serious concussion.

Kelsey Leinweber did the same jump five years ago and lived to regret it. To this day, she has difficulty sitting down or standing for a long time.

Read: Skier Goes Off 150-Foot Cliff, Survives Without a Scratch: 'It was Definitely a Miracle'

She said she is lucky to be alive and warns others against taking the plunge.

"I would not recommend this for anyone who is not trained or who is not experienced," she said. "I will have to face this decision I made for the rest of my life."

Watch: Meet the 3-Year-Old Who's Tearing Up Skate Parks With His Impressive Skills