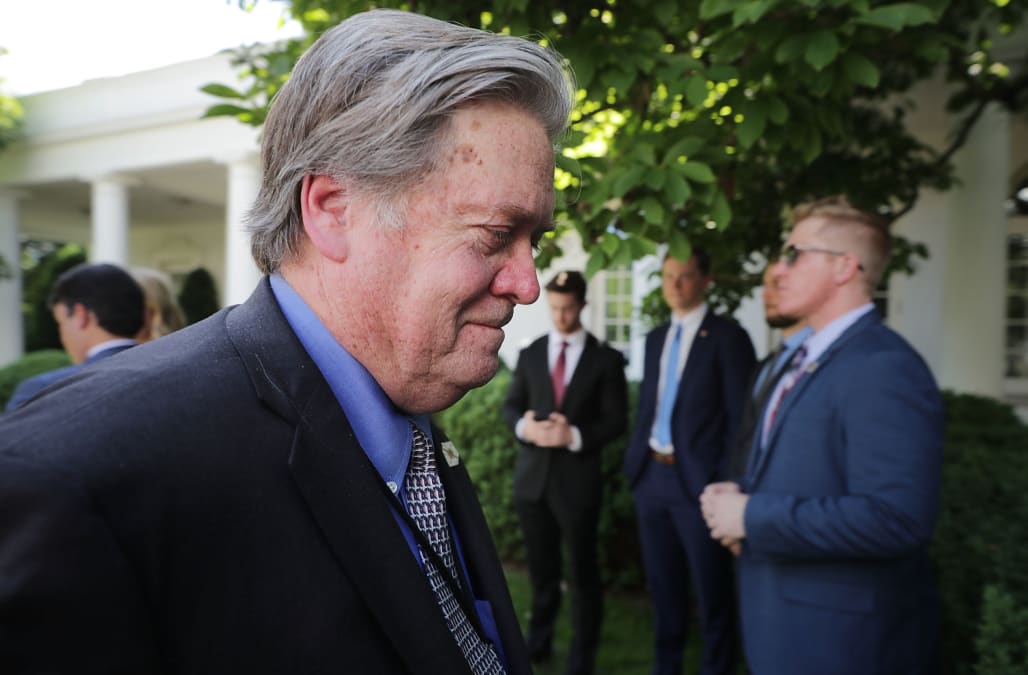 In a book excerpt was published by New York Magazine, an unnamed White House official was quoted in the piece and said,

Click through reactions to Trump's firing of James Comey:

According to the author of the book, Joshua Green, Trump's son-in-law and senior adviser Jared Kushner disagreed with Bannon and pushed Trump to fire Comey.

The president fired Comey back in May which lead to Robert Mueller's appointment as special counsel to investigate alleged Russian election interference.

More from AOL.com:
Steve Bannon reportedly reclaims position of favor in White House
Trump's chief strategist Bannon once had painting of himself dressed as Napoleon in his office
Iowa woman pleads guilty for trying to vote twice for Trump