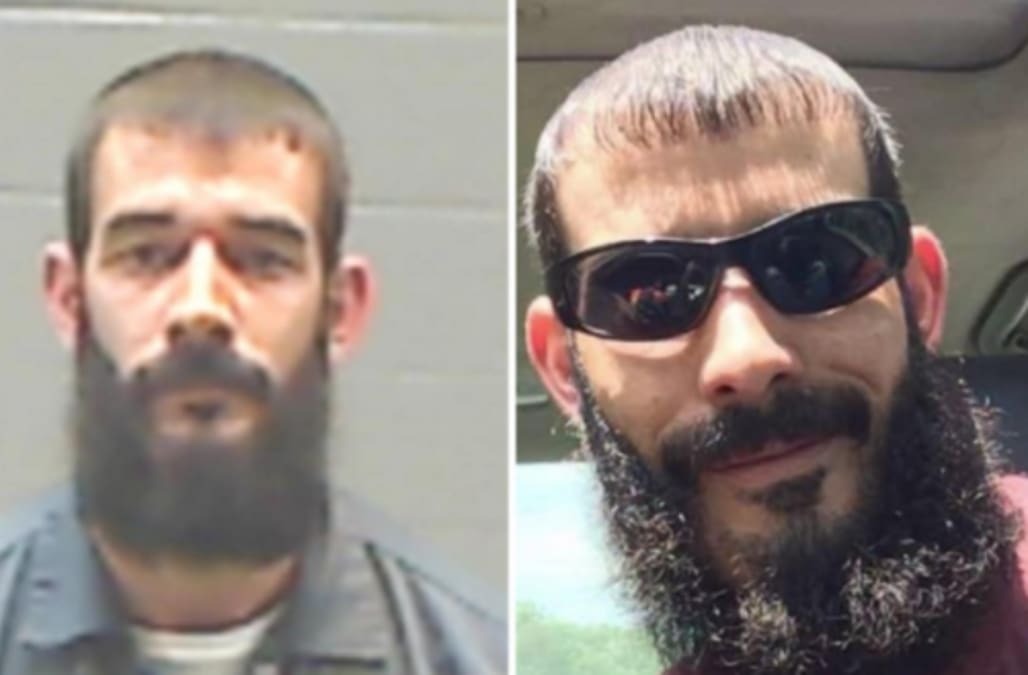 An accused rapist in North Carolina publicly responded to his own wanted poster that cops put on Facebook this week.

But after the Cabarrus County Sheriff's Office posted his photo in their pursuit of his arrest, a man who identified himself as area man wanted folks to know that his experience of Helms was wholly positive.

"This is a great guy. I met him on a job where I was the Foreman and he worked hard for me. Through our time of working together, he always was speaking of his kids and how much he loved them. I'd be willing to speak up for this man. I will not believe that anyof these charges are true," read the message.

To the astonishment of police and Facebook users, Helms--or someone using an account in his name--responded with a thank you.

Unsurprisingly, the post appeared to also dispute the charges against Helms.

"Truth coming out bfor long vindictive and spitfullness and some croked cops," it continued.

The Cabarrus County Sheriff's Office was the first to respond, writing: "Derek Helms you need to turn yourself in."

Sheriff Brad Riley told InsideEdition.com that his office makes no assumptions about why Helms has yet to surrender, but said he hopes social media can be used to achieve a positive outcome.

"Been doing this 27 years and seen this a bunch of times," Riley said, referring to suspects who know they're wanted for questioning but choose to keep away from police. "That's what's making it different: Facebook... our hope is to use social media to try to reach out."

An avalanche of other comments followed the interaction on Facebook as people quickly realized--some with amusement and others with disgust--what was happening.

As of this writing, police are still trying to locate Helms, who they describe as a white, 28-year-old male.

Helms may be driving a silver or gray four door 2005 Mercedes.

Anyone with information concerning Helms or his location, is asked to contact Cabarrus County Sheriff's Office at 704-920-3000 or the Cabarrus Area Crime Stoppers at 704-93-CRIME.

More from Inside Edition:
Woman Gets Protection Order After Uncle Who Molested Her Moves In Next Door
Man Charged in 1989 Cold Case Killing of Elderly Couple Murdered When Suspect Was 14
Man, 29, To Serve Jail Time Having Sex With 15-Year-Old Teen Bridesmaid He Escorted Down Aisle