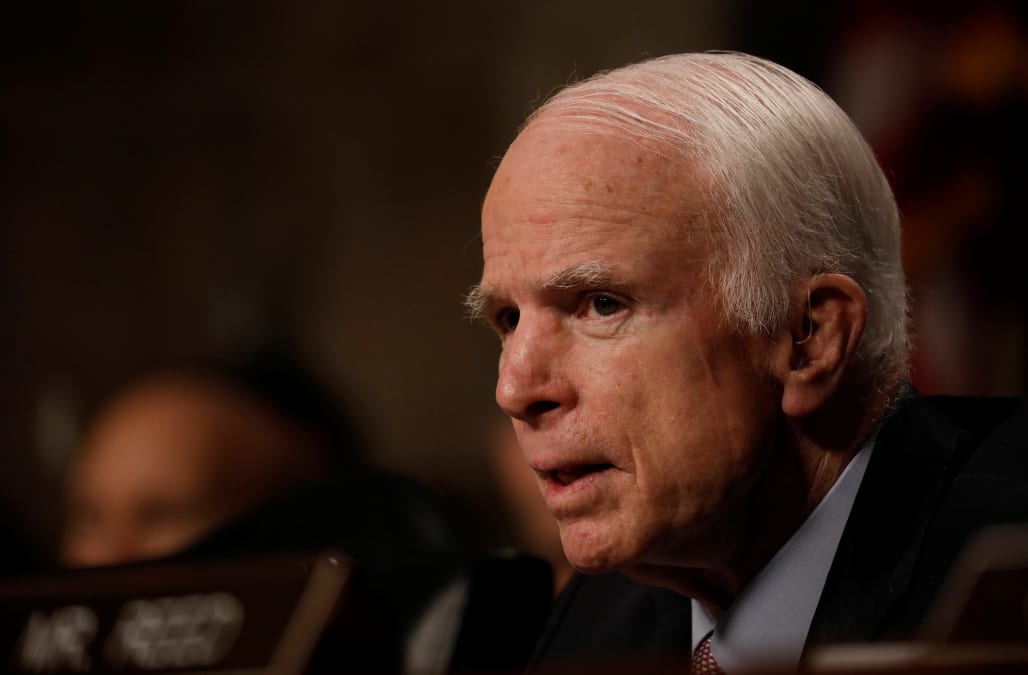 WASHINGTON, July 9 (Reuters) - A senior U.S. Republican senator predicted on Sunday that the Republican bill to roll back Obamacare would likely fail, adding to growing signs that the bill is in trouble.

"My view is that it's probably going to be dead," Senator John McCain, a senior U.S. Republican, said on the CBS program, "Face the Nation."

The Senate bill, which faces unified Democratic opposition, has been further imperiled during a week-long recess where several Republican senators have had to return to their states and face constituents strongly opposed to the bill. Senators return to Washington on Monday.

The Senate bill keeps much of Obamacare intact but strips away most of its funding. It repeals most Obamacare taxes, overhauls the law's tax credits and ends its Medicaid expansion. It also goes beyond repealing Obamacare by cutting funding for the Medicaid program beginning in 2025.

Critics have derided the bill as a tax break for the wealthy by taking away health insurance for the poor and driving up costs for sick people and older Americans.

The nonpartisan Congressional Budget Office, which assesses the impact of legislation, estimated that 22 million people would lose their health insurance over the next decade under the Senate bill. In a separate report, the CBO also found that the proposal would cut government spending on Medicaid by 35 percent come 2036.

Republican Senator Ted Cruz on Sunday said failure to pass the bill was "not an option," and said the Senate effort must focus on lowering premiums. He pointed to an amendment he offered that is being scored by the nonpartisan Congressional Budget Office, which assesses the impact of legislation.

Cruz's amendment has drawn the support of conservative senators and groups, who say the amendment will help lower premiums. But moderate Republicans and outside critics say it will erode protections for people with pre-existing conditions and make their insurance unaffordable.

Senate Majority Leader Mitch McConnell aims to hold a vote on the legislation, which needs the support of at least 50 of the Senate's 52 Republicans, before a six-week recess that begins on July 29.

Yet even McConnell cast doubt on the bill's prospects for passage last week.

Speaking at a luncheon in his home state of Kentucky, McConnell said if Congress fails to follow through on a seven-year pledge to repeal Obamacare, then it must act to shore up private health insurance markets, comments seen as providing a pathway to a bipartisan deal to fix the health system. (Reporting by Yasmeen Abutaleb, Valerie Volcovici and Caren Bohan; Editing by James Dalgleish)