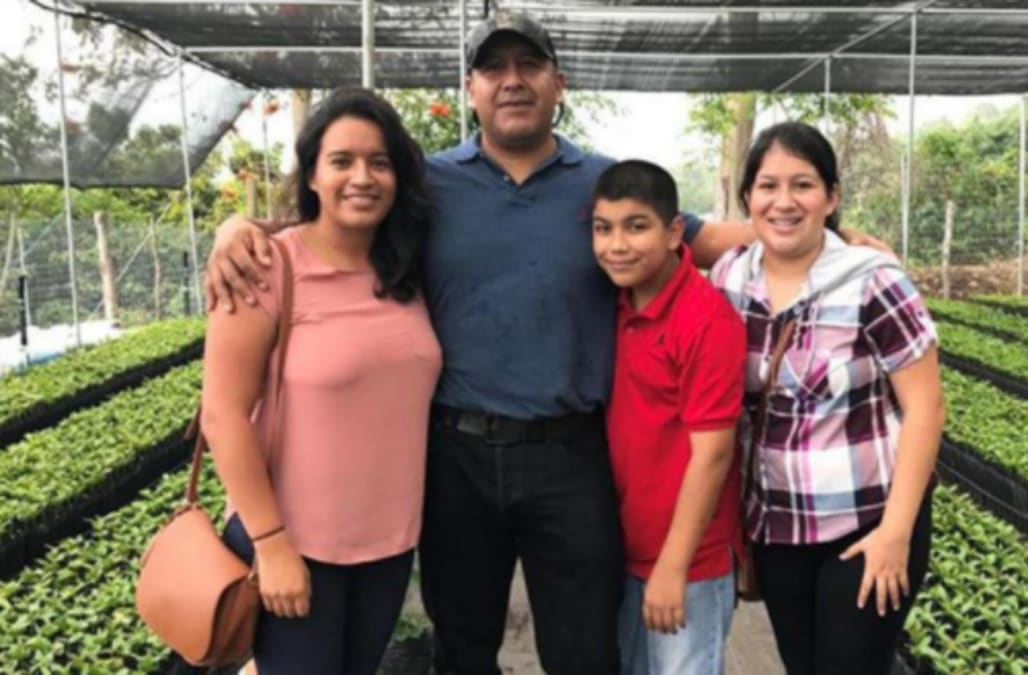 A coffee farmer in Hawaii who appealed his deportation order in federal court was forced to leave the island late Friday, after a last-ditch effort to remain with his wife and children was denied, according to NBC-affiliate KNHL.

Andres Magana Ortiz said goodbye to his wife and his three children at Kona International Airport late Friday after the Department of Homeland Security rejected his lawyer's petition to grant him legal status because he is married to a U.S. citizen, KNHL said.

Ortiz voluntarily left Hawaii to return to Mexico, where he told reporters that he no longer has family. The 43-year-old was smuggled in to the U.S. when he was 15 in order to join his mother.

Since then, he's started his own coffee farm in Hawaii's Kona region and became a well-respected member of his community, KNHL said.

"Very, very sad and very disappointed in many ways, but there's not much I can do," Ortiz said. "Just follow what I have to do and hopefully, in a little bit, things can get better."

Ortiz had been working to obtain legal citizenship in the United States for nearly three decades, and his daughter — who is a U.S. citizen — had recently filed for permission to allow him to remain in the country as the relative of a citizen. But in March, while those applications were pending, the government ordered him to report for removal.

The case was brought to the attention of Hawaii's congressional delegation who lobbied for the farmer to remain in the country.

But in May, Ortiz gained national attention after his lawyers appealed the order in San Francisco's Ninth Circuit Court of Appeals, and Judge Stephen Reinhardt blasted the Trump administration's decision to deport Ortiz, calling it "inhumane."

"President Trump has claimed that his immigration policies would target the 'bad hombres,'" Reinhardt said. "The government decision in the immigration case shows that even the 'good hombres' are not safe."

Despite his personal opinions about Ortiz's case, Reinhardt said he was forced to turn down the request to delay the deportation "because we do not have the authority to grant it."

He added that, as a judge, he understood why he had to enforce the order but, as a citizen, he struggled to see the merits of breaking up a family.

"He will be returned to Mexico, having spent 28 years successfully building a life and family in this country," Reinhardt said. "The government forces us to participate in ripping apart a family."

It could be up to 10 years before Ortiz is allowed back in the country, KNHL said.