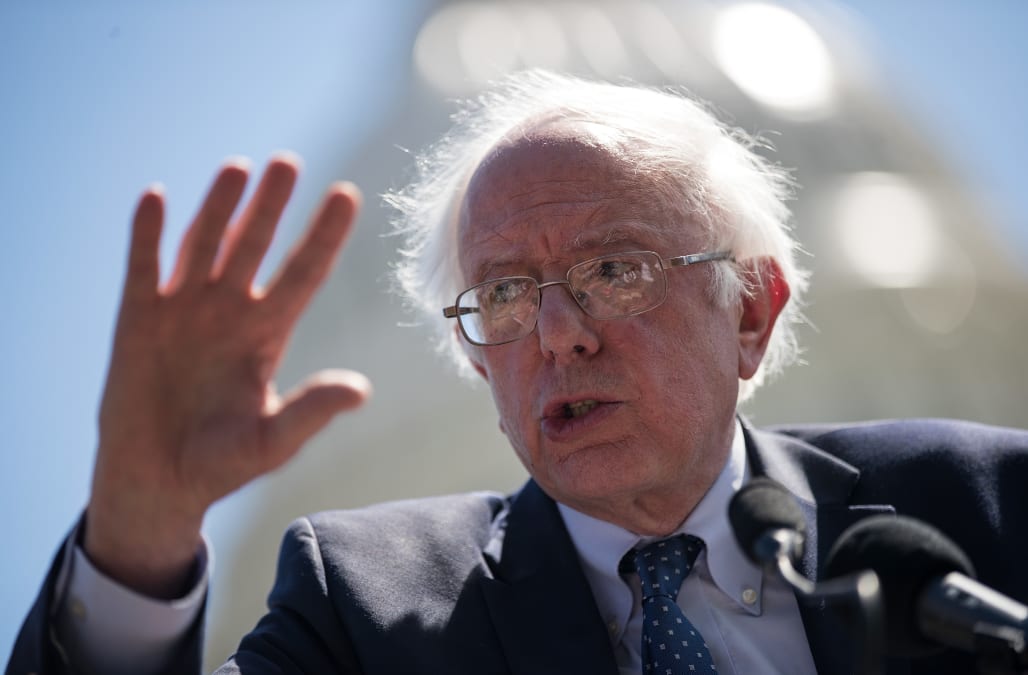 Sen. Bernie Sanders, I-Vt. is one of the country's most popular political figures, but opponents hope an ongoing FBI investigation and his national ambitions could make him vulnerable at home.

Sanders' record of winning with landslide margins in Vermont has scared off any would-be Democratic opponents since his first Senate campaign over a decade ago.

But on Friday, the former 2016 presidential hopeful drew an opponent for his expected reelection campaign next year.

"I hold him absolutely, centrally responsible for Donald Trump being president," Svitavsky told NBC News, expressing a view held by other Clinton loyalists. "That's my number one issue."

He said that within hours of "soft-launching" his campaign, he had already heard from thousands of people across the country who want to donate or volunteer. "There's a lot of anger out there in my party against Bernie," Svitavsky said.

The political novice, who clashed with Sanders over homelessness policy in Vermont in the past, thinks Democrats need to stop "coddling" the senator.

And Svitavsky said Vermont voters are concerned by the FBI investigation into the finances of Burlington College, a small school Sanders' wife ran before it shut down under the weight of a bank loan she took out.

"It's a very serious investigation," said Svitavsky, who graduated from the school.

But Garrison Nelson, a University of Vermont political scientist who has followed Sanders' political career for decades, said the probe won't be enough to sink the popular incumbent.

"Anybody who's going to run against Bernie will use this to justify it, but Bernie's popularity is enough to withstand it," Nelson told NBC News. "It's a kamikaze mission to go after Bernie."

Sanders has dismissed the investigation as politically motivated, noting it started with a complaint filed by a Republican lawyer who chaired Trump's campaign in Vermont.

"When [Jane Sanders] left Burlington College, the school was in better shape financially and academically than it had ever been," Sanders told the Burlington Free Press.

Sanders has fended off past challenges from wealthy businessmen and senior politicians alike. He won the Vermont Democratic primary in last year's presidential race with over 85 percent of the vote.

And Svitavsky, who insists he's not running as a mere protest candidate, is largely unknown and has no major endorsements.

He's backed by a small group called Organizing for Democrats, which has harshly criticized Sanders on social media and slammed the Democratic National Committee for working with him.

And so far, at least, Svitavsky said he hasn't heard any encouragement from Vermont Democratic officials, who have gone from hating Sanders, to tolerating him, to embracing him in the years since he first ran for mayor of Burlington in 1980.

When Sanders ran for Senate in 2006, the party worked to clear the field for him. And both in 2006 and his 2012 reelection campaign, Sanders won the Democratic primary before rejecting the nomination and running as an independent.

Sanders has not officially declared this his intention to run again and his office declined to comment on Svitavsky.