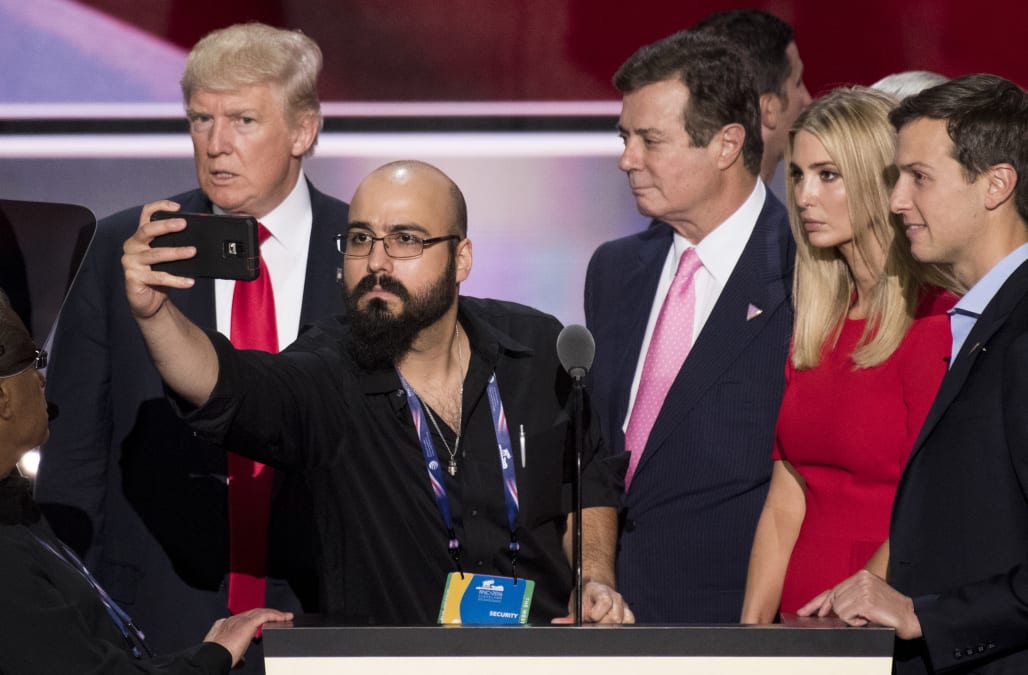 Veselnitskaya is known for waging a harsh campaign against the 2012 Magnitsky Act, which blacklisted Russians suspected of human rights abuses, and has strong ties to the Kremlin. She is married to a former deputy transportation minister of the Moscow region, and her clients have included Russian state-owned businesses.

She is also the family lawyer for Denis Katsyv, the son of senior Russian government official Pyotr Katsyv and owner of the Cyprus-incorporated real-estate company Prevezon. Prevezon was under investigation by the Department of Justice at the time the meeting occurred over whether it laundered millions of dollars into New York City real estate.

The case, which was settled for approximately $6 million in May, garnered high-profile attention given its ties to the $230 million Russian tax-fraud scheme uncovered by Russian lawyer Sergei Magnitsky, whose suspicious death aroused international media attention in November 2009.

Magnitsky uncovered the scheme, which became one of the biggest corruption scandals of Russian President Vladimir Putin's presidency, in 2008 on behalf of the investment advisory firm Hermitage Capital. Magnitsky was later thrown in jail and died in custody, and an independent human-rights commission found he had been illegally arrested and beaten. The Kremlin maintains that Magnitsky died of a heart attack.

The founder of Hermitage, William Browder, sought justice for Magnitsky in the US and Europe after Magnitsky died. In 2012, Congress passed the Magnitsky Act, which authorizes the president to deny visas to, and freeze the assets of,Russians believed to have been complicit in Magnitsky's death.

The meeting between Veselnitskaya and the Trump campaign is the first confirmed meeting between a Russian citizen and the campaign. Veselnitskaya's meeting was arranged by Trump's oldest son, Donald Trump Jr., and was attended by his son-in-law Jared Kushner and then-campaign chairman Paul Manafort.

Both Kushner and Manafort are subjects in ongoing congressional and FBI investigations into Russian interference in the 2016 election and whether the Trump campaign played a role in it.

The Trump campaign's meeting with Veselnitskaya was only recently disclosed to government officials, when Kushner filed a revised security clearance form after The Times reported in April that he had failed to disclose his contacts with Russian officials before joining the Trump administration.

Trump Jr.told the Times that the meeting had been to discuss an adoption program. He was likely referring to Putin's retaliatory measure against the Magnitsky Act, during which he blocked Americans from adopting Russian children.

"It was a short introductory meeting. I asked Jared and Paul to stop by," Trump Jr. said in a statement to The Times. "We primarily discussed a program about the adoption of Russian children that was active and popular with American families years ago and was since ended by the Russian government, but it was not a campaign issue at the time and there was no follow up."

Katsyv, the owner of Prevezon whom Veselnitskaya represents, registered a nonprofit company in Delaware called the Human Rights Accountability Global Initiative Foundation in February 2016 whose stated aim is to overturn the adoption ban.

Veselnitskaya helps "represent" the HRAGIF along with a colleague, according to an email that colleague sent last April seen by Business Insider and first reported by The Daily Beast. And she had been lobbying to repeal the Magnitsky Act at the time the HRAGIF was set up, roughly four months before she met with Donald Trump Jr., Kushner, and Manafort. She also helped organize the Brussels screening of an anti-Magnitsky film that cast doubt on both Bill Browder's claims and Magnitsky's findings.

Browder, the founder of Hermitage, said in an interview on Saturday that fighting against the Magnitsky Act was Veselnitskaya's "main project last year. And "there was no obvious reason," Browder said, for Veselnitskaya and her team to engage in this lobbying "as part of their defense for Prevezon."

"It wouldn't have helped the company address the money laundering allegations mounted by the US Department of Justice," Browder said.

"The only reason for them to do this would have been at the behest of the Russian government."

Putin called the Magnitsky Act "outrageous" upon its passage by President Barack Obama in 2012, and created his own anti-Magnitsky blacklist of US citizens that included US Attorney Preet Bharara. Bharara, known as the Sheriff of Wall Street for his dogged pursuit of organized crime and money laundering in Manhattan, was fired by Trump earlier this year.

Trump Jr., for his part, said he was asked to attend the meeting by an acquaintance, but was not told the name of the person he would be meeting with beforehand. In March, Trump Jr. denied ever having discussed government policy with Russian citizens: "A hundred percent no," he said.

SEE ALSO: 'He let them off the hook': Trump walked a thin line with Putin on Russia's election meddling