Relations with the US cannot be defined by 'murmurs': Mexico president 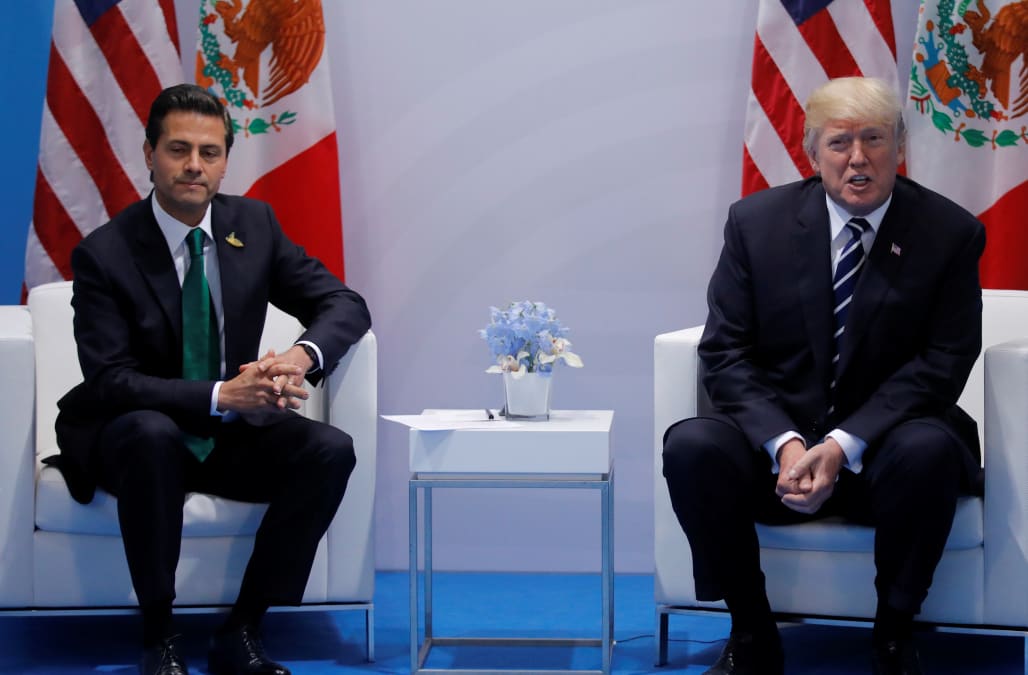 Speaking at the end of his trip to Hamburg for the G20 meeting, Pena Nieto told reporters that the relationship with the United States, Mexico's top trading partner, should instead focus on more positive ends - a view that he believed Trump also shared.

"Given what happened after this meeting (with Trump), clearly our bilateral relationship cannot be defined by murmurs like those that took place yesterday," Pena Nieto said.

"Our relationship needs to be based on searching for ways to generate mutual respect, build confidence and work with a positive attitude. I can say that I saw that willingness in President Trump."

For the first time since becoming president in January, Trump met Mexican President Enrique Pena Nieto on Friday. Trump has accused Mexico of stealing U.S. jobs, and complex talks over renegotiating the North American Free Trade Agreement (NAFTA) are due to begin on August 16.

The meeting at the Hamburg leaders' summit of the Group of 20 economies was keenly anticipated in Mexico, and officials were quick to stress talks had been productive, despite Trump repeating that Mexico would pay for his planned border wall.

"Our relationship needs to be based on searching for ways to generate mutual respect, build confidence and work with a positive attitude. I can say that I saw that willingness in President Trump." Enrique Pena Nieto , Mexico's President

In response to a shouted question from a reporter about whether he still wants Mexico to pay for the border wall, which aims to keep out illegal immigrants, Trump said, "Absolutely."

Disputes over immigration, Trump's border wall - which Mexico has repeatedly said it would not pay for - and his claim that free trade with Mexico costs jobs in the United States, have strained relations between the two neighbors.

Trump has threatened to impose punitive tariffs on Mexican goods to protect U.S. industry, and to pull out of NAFTA altogether if he cannot rework it in the United States' favor.

Pena Nieto also met with Canadian Prime Minister Justin Trudeau on Saturday, according to a readout of the meeting, in which Pena Nieto said he was working closely with Canada to come up with a better, mutually beneficial update to NAFTA.

Pena Nieto also said he met with Indian Prime Minster Narendra Modi and agreed to possibly making a trip to the Asian nation next year, with a view to deepening trade links.