Donald Trump Jr. one-ups his dad with new Instagram that shows the president shooting down 'CNN' 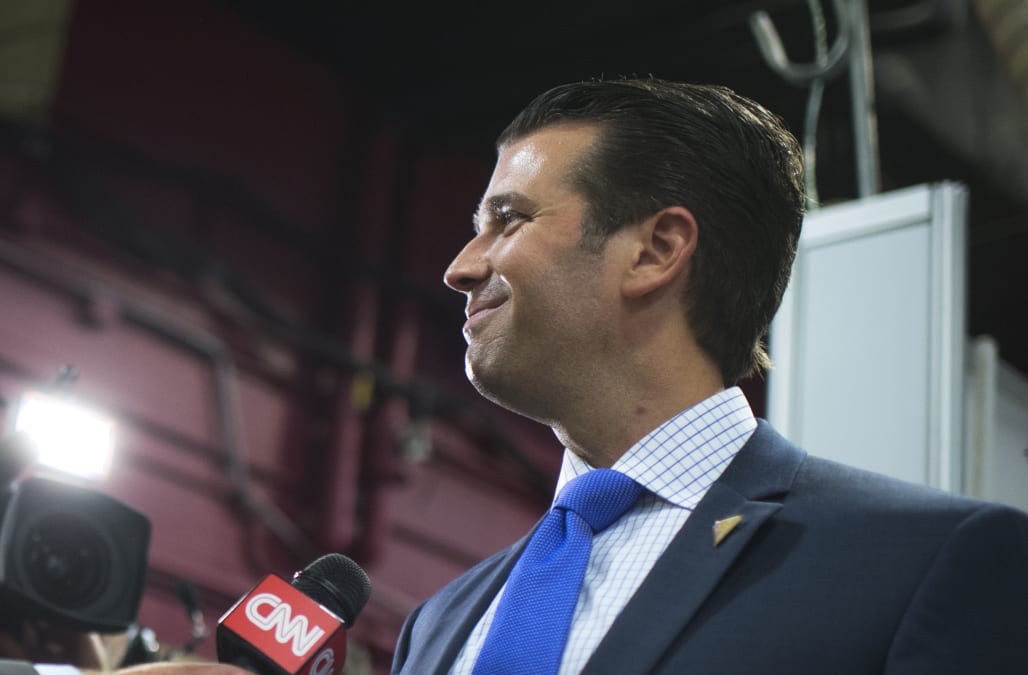 Less than a week after President Donald Trump posted a video on Twitter edited to show the president body slamming the CNN logo, Donald Trump Jr. is continuing the anti-media meme war.

On Saturday, Donald Trump Jr. posted a video on Instagram that shows footage from "Top Gun" edited to appear as if Donald Trump is shooting a missile at a jet covered with the CNN logo. The CNN jet explodes after being hit by a missile from the Trump jet (the president's face is superimposed over that of Tom Cruise's "Maverick" character).

According to the Daily Caller, a far right news site, the video was originally posted on Twitter by the website's chief video editor, Richard McGinnis.

President Trump has been extensively criticized for threatening the media by posting the video that appeared to portray him assaulting "CNN."

"It is a sad day when the President of the United States encourages violence against reporters," CNN said in a statement released Sunday after Trump's tweet went out.

However, supporters argued that Trump was merely attempting to communicate his views to the country, as he believes the media has treated him unfairly.

"There's a lot of cable news shows that reach directly into hundreds of thousands of viewers, and they're really not always very fair to the president," homeland security adviser, Thomas Bossert, told ABC's "This Week." "So I'm pretty proud of the president for developing a Twitter and a social-media platform where he can talk directly to the American people."

Trump's body slam video is still up on Twitter, despite arguments that it and other tweets from the president could violate the social network's abuse and harassment policy. Instagram, on the other hand, is known for more actively enforcing its anti-harassment policy, so Trump Jr.'s meme may not be up for long.