Video shows tuna fish flailing after being chopped in half 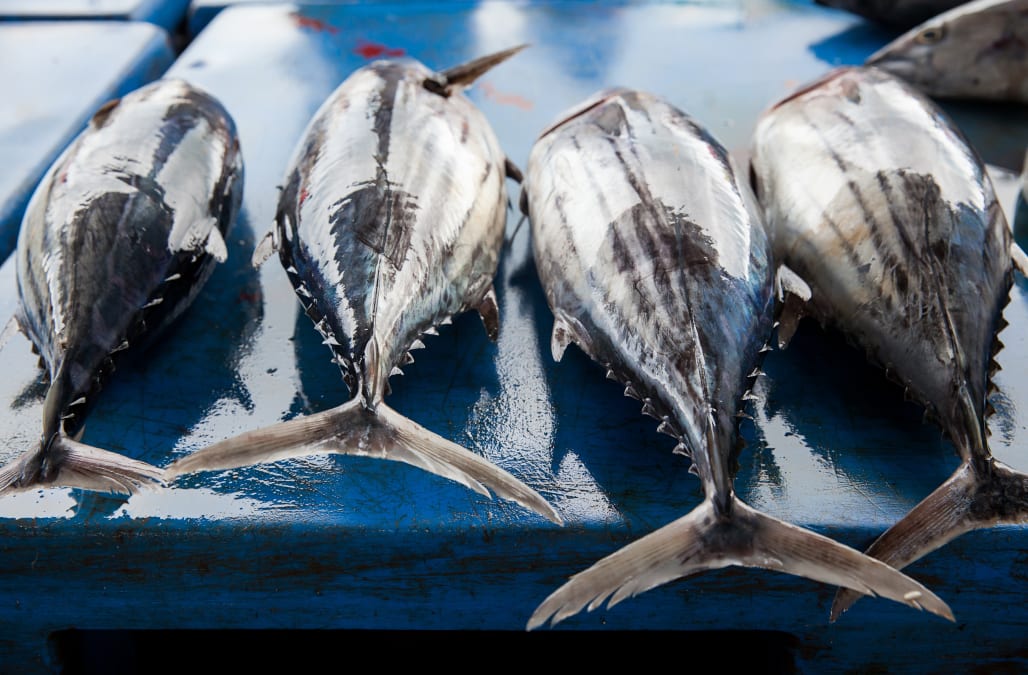 A viral video of a yellowfin tuna sliced in half shows the creature still thrashing about on the tray after it should certainly have been dead.

The clip, which was posted to Twitter by Yutaka Suzuki, shows the fish flailing around for more than a minute and a half.

The woman's voice in the video states that it's a buri, Japanese for yellowtail tuna, Mashable reports.

Twitter users pointed out that the fish's nerves weren't severed properly, which allows it to continue moving. Motor neurons that create motion are triggered by electrical signals, which can still be active even after the brain dies.

Killing the fish incorrectly can affect its taste because its muscles produce lactic acid as it thrashes.