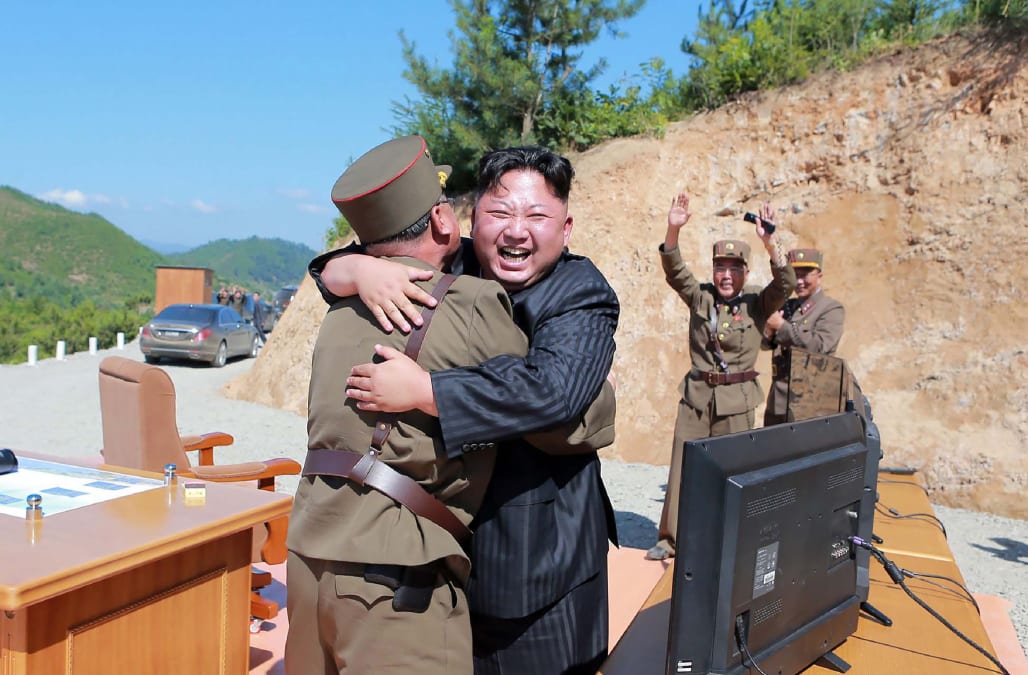 North Korea's July 4 test of an intercontinental ballistic missile shocked the world by displaying how advanced and potent the missile forces of the hermit kingdom had become.

But a short video clip laid bare another shocking reality: North Korean missile forces allowed Kim Jong Un, the supreme leader of the country, to smoke a cigarette feet from the base of an untested, liquid-fueled rocket engine.

In the clip, first spotted by Ankit Panda, the Senior Editor of the Diplomat, Kim casually puffs a cigarette as the missile is positioned onto the launch pad. North Korea's fueling practices of missiles has raised concern before, as liquid fuel is volatile and dangerous in even the most controlled settings.

In 1980, a US Titan II liquid-fueled missile exploded in the silo due to a single socket falling out of place. Today the U.S. uses solid fuel for its rocket engines.

Watch the clip below.

SEE ALSO: Trump wants to confront North Korea 'very strongly' — but there's nothing left to do