Sitting next to Mexico's president, Trump says he 'absolutely' still wants him to pay for a border wall 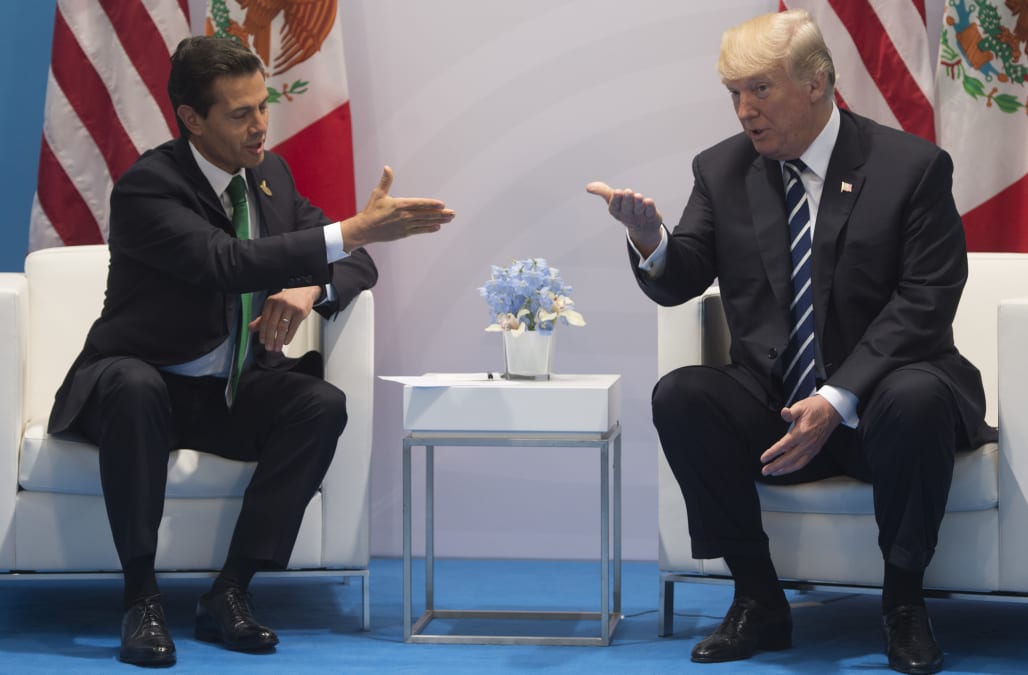 President Donald Trump on Friday said he "absolutely" wanted Mexico to pay for a massive wall along the U.S.-Mexico border.

During a meeting between Trump and Mexican President Enrique Peña Nieto at the G-20 summit in Hamburg, Germany, a reporter shouted a question Trump's way about whether he still wanted Mexico to pay.

"Absolutely," he said, according to a pool report.

RELATED: The evolution of the US-Mexico border over 100 years

Mexico has repeatedly insisted it will not pay for such a wall, a proposal that won Trump some of his loudest applause during his campaign.

But Trump has spoken less in recent months about getting Mexico to pay for the wall, aimed at controlling the flow of illegal immigration over the US's southern border. Trump has even proposed including solar panels on the border wall, saying during a rally in Iowa last month that the energy created would allow for Mexico to "pay much less."

The meeting was the first between the two leaders since last August, in the heat of the campaign season. Peña Nieto canceled a meeting between the two set for January because of the border-wall issue.

"We've all had a very successful day and a very interesting day," Trump said before being asked about the border wall. "It's great to be with my friend the president of Mexico. We're negotiating NAFTA and some other things with Mexico. Let's see how it all turns out. But I think we've made very good progress."

Does he still want Mexico to pay for the wall? Hard to hear, but pool reports Trump answered, “absolutely.” pic.twitter.com/EqznN4TDjT