Mars' toxic surface may prevent humans from living there 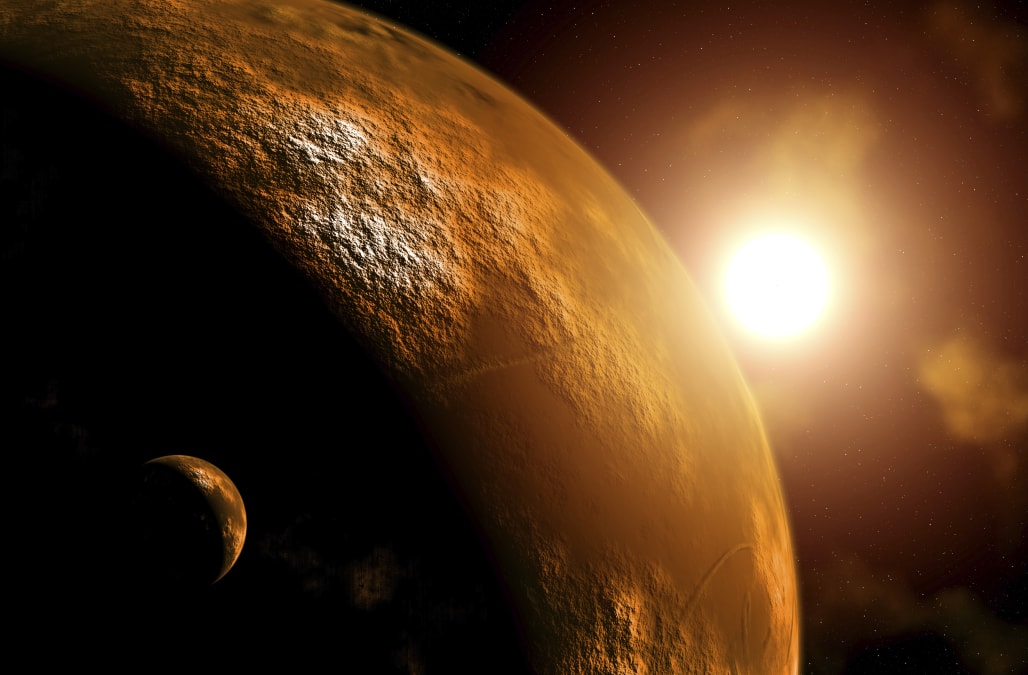 Getting to Mars is a risky prospect. Even Elon Musk, who wants to colonize the planet, said "there's no way around" how dangerous getting to Mars will be.

And even if someone gets there, new research shows the dirt might make the planet uninhabitable. Mars' soil is full of mixtures of chlorine and oxygen called perchlorate. Bacteria use it for energy, but it can become toxic under ultraviolet radiation. And Mars gets a lot of ultraviolet radiation, since its atmosphere is so weak.

SEE MORE: Mars Crater Might Have Once Been A Very Microbe-Friendly Lake

Researchers took a bacteria commonly found on spaceships leaving Earth and bathed it in perchlorate. When they exposed it to UV waves like those on Mars, the cells became completely sterile within 30 seconds.

The findings suggest that toxic Martian dirt is yet another obstacle to growing plants there, although there are ways to neutralize the poison.

The findings also mean that if we're to find any signs of life currently on Mars, we'll probably have to dig. In 2020, the European Space Agency is planning to do just that with a rover that's capable of digging up to 2 meters under the surface.

More from Newsy:
President Trump Is Getting Serious About Exploring Space
Asteroid Day Reminds Us We Haven't Found All The Nearby Space Rocks
NASA's 'DART' Program Could Prevent Asteroids From Hitting Earth