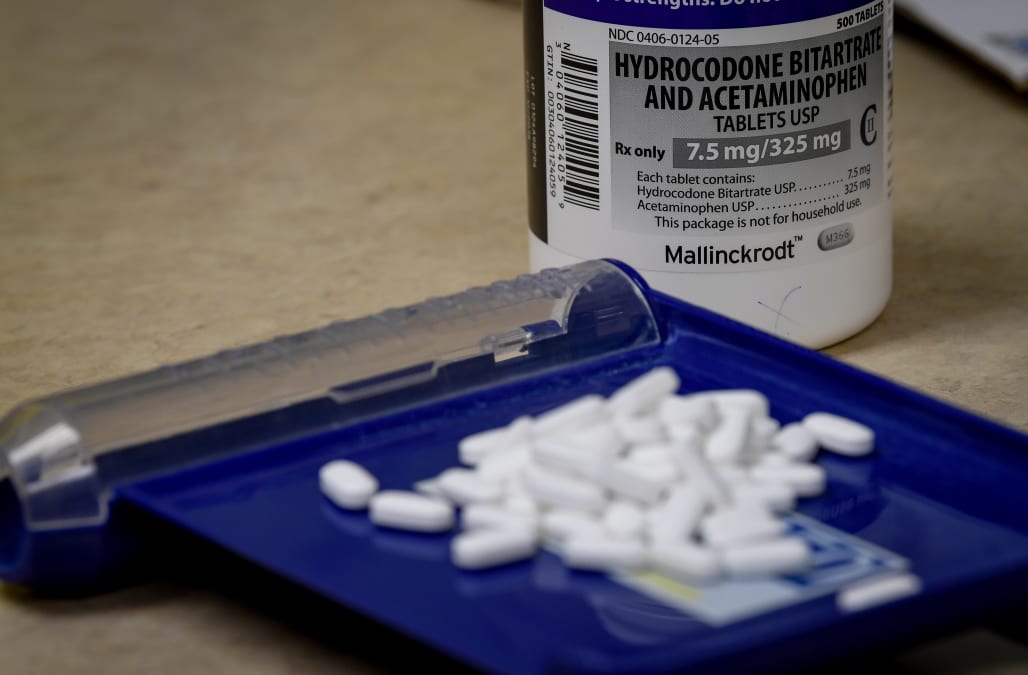 There's some good news out of the Centers for Disease Control and Prevention: Opioid prescriptions fell for the first time since the epidemic began.

Prescription opioids are used for pain relief and are considered safe when used for a short time, but they're also incredibly addictive. They bind to opioid receptors in the brain and other parts of the body to reduce pain.

The CDC only has numbers through 2015, so it's unclear if rates have risen since then. The data also showed that opioid prescription rates in 2015 were triple the 1999 rate.

That means there's still a long way to go. Every year, tens of thousands of people in the U.S. die from opioid-related drug overdoses. An estimated two million Americans had an opioid addiction in 2015.

People were also being prescribed the drugs for longer periods of time at higher dosages, giving patients more of a chance to become addicted.

Opioids were once used to treat severe pain, post surgical pain and in end-of-life care. But eventually, the drugs began to be used to treat chronic pain and other ongoing conditions, which caused the number of prescriptions to increase. These put more people at risk for addiction and overdose.

The report is still a reason for some optimism — the new data suggests that at least some doctors have gotten the message to cut down on opioid prescriptions.

More from Newsy:
You Can Now Legally Buy Weed In Nevada
Sites That Don't Remove Hate Speech Will Get Big Fines In Germany
Protesters Push Back Against Republican Health Care Bill