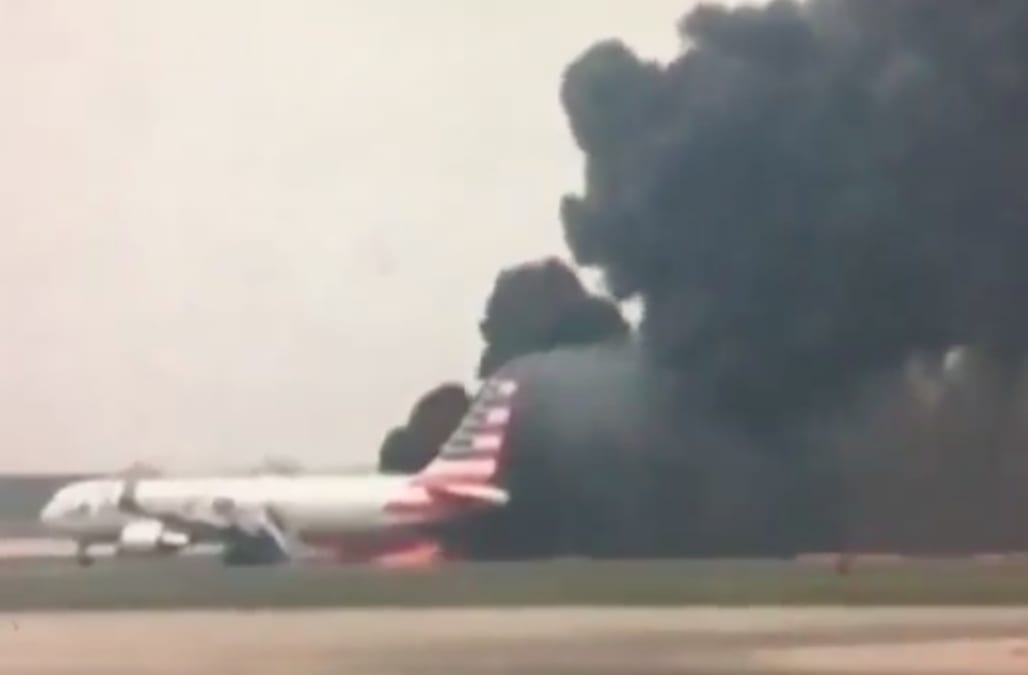 The National Transportation Safety Board released video as part of a report on the American Airlines jetliner that caught fire last fall at O'Hare Airport in Chicago.

The 500 pages of documents represent the conclusion of the evidence gathering phase of the safety board's investigation.

The American Airlines flight was bound for Miami. It was on the runway when a right side engine erupted and torched the starboard side of the plane.

Pilots activated emergency brakes. But even before the plane stopped, interviews with the flight crew and passengers reveal people panicked to get off the plane.

Flight attendants told investigators they were hesitant to open the doors until the pilots confirmed the engines were shutdown.

Flight attendants said they couldn't reach the cockpit by phone and made the decision themselves to evacuate.

A flight attendant told the NTSB: "The cabin began filling with smoke and she was concerned the airplane was heavy with fuel and could possibly become engulfed in flames."

The flight crew also told safety officials several passengers complicated the evacuation by refused to leave their luggage behind.

But in the end, despite the seriousness of the fire, all 161 passengers and 9 members of the flight crew made it out safely with only one serious injury.

The NTSB officials are now reviewing the evidence collected as they determine a cause of the engine fire and possibly make future safety recommendations.