Airline passenger gets a sad surprise after ordering vegetarian meal 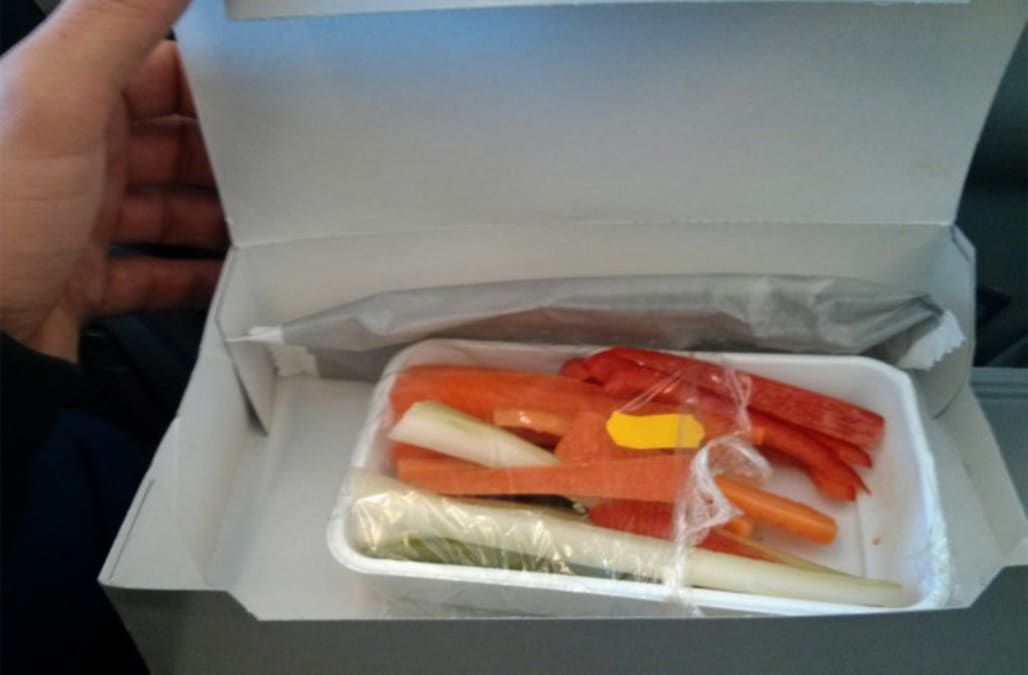 Airline food hardly has a reputation for the finest of cuisines.

But the next time you're upset with your airline meal, be thankful you're not the disheartened passenger who ended up with this container of vegetables. 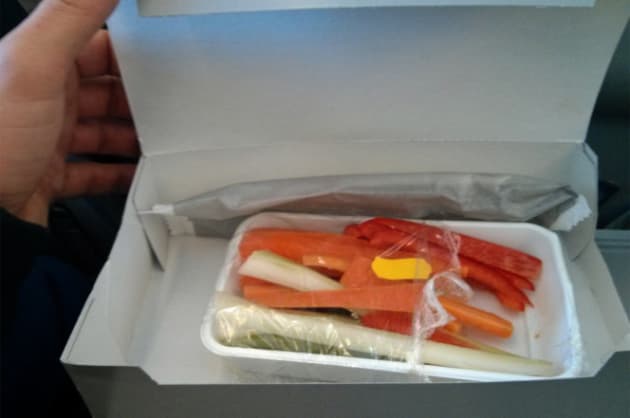 According to the NY Post, the traveler, who flew with Aegean Airlines, had selected the "Vegetarian Oriental" meal option ahead of his flight.

Click through some of the most horrific Airline stories

A photo of the offering, which the Greek airline described as a "vegetarian food prepared Chinese style," was posted on Reddit by user Musterknabe, who wrote alongside the image: "I booked my flight online and chose the 'Vegetarian Oriental' meal. This is what I got."

While a fellow Redditor commented that calling the dish "oriental" seemed misleading, to which Musterknabe contended that the "oriental part was the Chinese celery."

He went further to say that he wasn't even upset with the dish. That is until he realized passengers who order a non-vegetarian meal had been given an extra treat.

Musterknabe said: "I didn't complain about this yummy dish. But then I realized that all passengers who ordered a non-vegetarian meal got an extra cookie for dessert, so I demanded a cookie and got one."

He added: "I am not a vegetarian, I just prefer good meat."

"I have to know where it comes from, how the animals were treated and what they got to eat — when I don't know it, I order a vegetarian dish."

Stavroula Saloutsi, public relations director for Aegean Airlines, later told Express that the meal provided to the traveler may not have even been the correct one.

"At a first glance, we may note that this meal must have been our vegetarian raw meal," Saloutsi said, "which is a combination of raw fruit and vegetables."

"Therefore, it seems that it is not a vegetarian Oriental meal, which most likely our customer desired to have."