Why diabetes is more common in rural areas 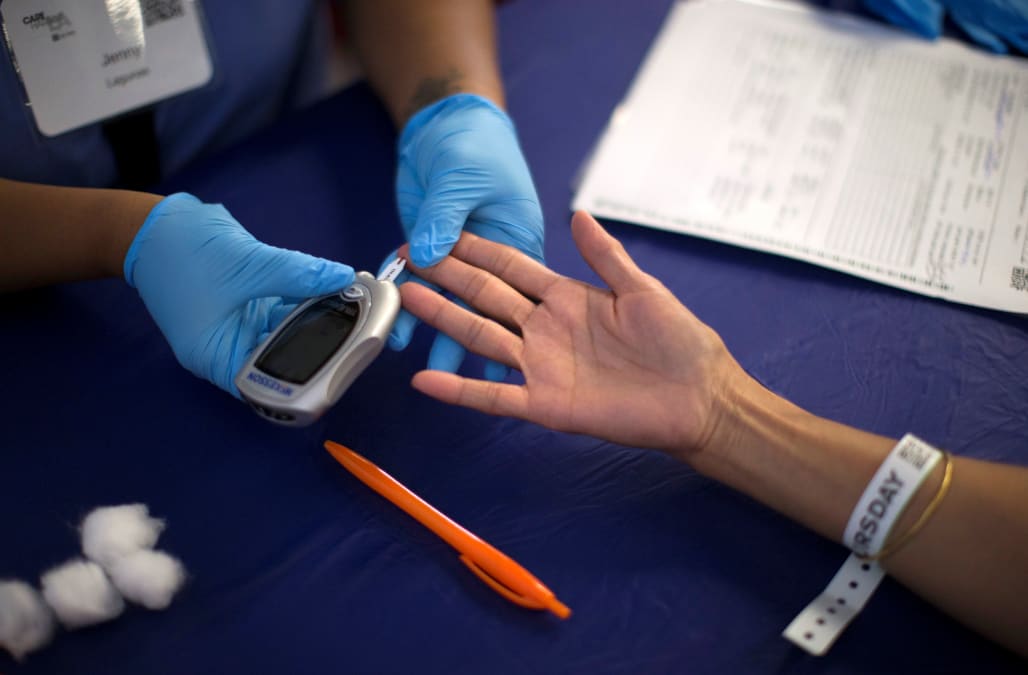 If you live in a rural area, there's a greater chance that you'll develop diabetes.

In fact, the Centers for Disease Control and Prevention has identified what it calls a "diabetes belt" in 644 counties in 15 states of mostly rural portions of the Southeast and Midwest. Some of the states in the diabetes belt include Alabama, Mississippi, Louisiana and Tennessee.

See: 11 Ways Rural Life is Hazardous to Your Health.

Perhaps not so coincidentally, the area of the diabetes belt is similar to a region called the "stroke belt" or "stroke alley" because of the high incidence of stroke and other heart disease, says Judith Wylie-Rosett, a registered dietitian, professor and division head of health promotion and nutrition research in the Department of Epidemiology & Population Health at Albert Einstein College of Medicine in New York City.

So why is it that people in rural areas of the U.S. are more likely to develop diabetes? There are several reasons.

Health professionals and the CDC are well aware of the problem of diabetes in rural areas of the U.S., Johnson says. Different programs are underway to help tackle this, including bringing more diabetes prevention programs to community health clinics and health departments. These programs have been proven to help people with prediabetes and diabetes manage their condition. Because of their proven effectiveness, Medicare will begin to cover the CDC's Diabetes Prevention Program starting in January 2018.

See: 8 Health Technologies to Watch For.

Another emphasis right now is telehealth. This comes in the form of patients speaking with specialists via a computer or tablet connection. It can also be patients with diabetes taking part in support meetings virtually, says Deborah Colby, a registered dietitian, certified diabetes educator and a director of education at The National Diabetes and Obesity Research Institute in Biloxi, Mississippi, which is affiliated with the Cleveland Clinic Endocrinology & Metabolism Institute.

Telehealth also removes the transportation problems that some people may have in rural areas, Colby says.

One strategy that seems to help in rural areas is the presence of more midlevel providers, such as physician assistants, Johnson says. When these types of providers are around, they can help close the gap of doctor shortages and help patients stay on track.

If you live in a rural area and are concerned about developing diabetes – or you've been recently diagnosed – don't get discouraged. Here are a few things you can do:

See if you're at risk for diabetes. First, the American Diabetes Association has an easy online test you can take. If it shows you're at a higher risk, talk to your primary care doctor. Your doctor can do a blood test to see if you have prediabetes or diabetes. This is important because many people who have prediabetes don't even know it. Your doctor can help tell you about diabetes education classes in your area.

Admit that you have a problem. One barrier Johnson sees is that once diagnosed, patients have a hard time accepting that they have prediabetes or diabetes. Some people say they don't believe it or that they think they're fine. "I see it all the time," she says. The truth is, diabetes can seriously hurt your health if it's not under control.

Try to lose weight. It's easier said than done, of course. However, even modest weight loss can benefit your health. Research from the CDC shows that a 5 percent to 7 percent loss of body weight and exercising regularly can drop your likelihood of developing diabetes by 58 percent.

[See: Here's How People in 8 Other Countries Stay Healthy.

Start exercising. The current recommendation for exercise is 150 minutes a week, and that breaks down to 30 minutes, five times a week. Two to three sessions of weekly resistance training are also part of the recommendations. If you're new to exercise, start by walking. If your area isn't set up to make walking easy, you can even start inside your home. Use self-monitoring devices available nowadays or even apps on your phone to help monitor how much exercise you're doing. "Start at a realistic pace," Colby advises.

Make some small changes to your diet. Try to avoid sugary beverages (including sweetened tea) and red meat, eat more whole grains and less white carbohydrate products, and use olive and canola oil instead of butter or shortening, Feigl-Ding advises.

More from US News:
What's the Link Between Obesity and Urological Health?
The Seriousness of Sepsis
7 Healthy Snack Ideas When You Have Diabetes