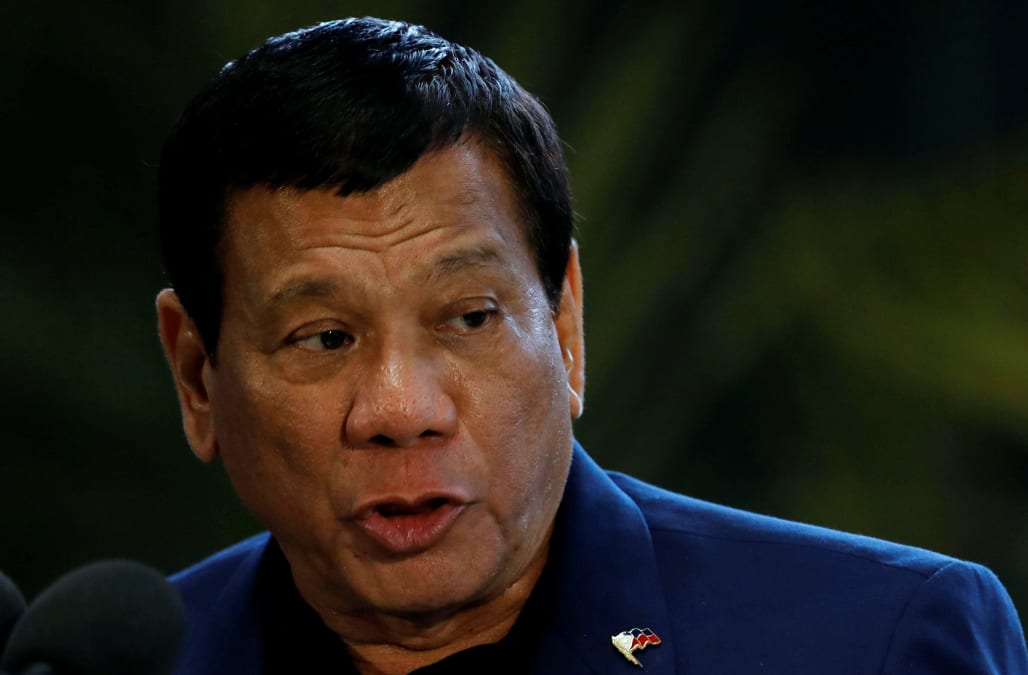 He'll eat them with "salt and vinegar."

Philippine President Rodrigo Duterte held back no punches when addressing the jihadi fighters attempting to besiege the southern region of the country.

Duterte threatened to eat the liver of the Islamic terrorists to blame for beheading two Vietnamese sailors after his troops recovered their remains on the island of Basilan.

"I will eat your liver if you want me to. Give me salt and vinegar and I will eat it raw in front of you," Duterte said about the ISIS-linked militants before a group of local officials on Wednesday, according to GMA.

"I will eat everything. I am not picky. I eat even what cannot be swallowed."

The sailors are believed to have been part of a group of six crew members who were kidnapped and held captive by an ISIS cell in November, The Straits Times reported. The Philippines military are trying to retrieve the three remaining sailors after one of the members reportedly escaped earlier this year as part of a previous rescue mission.

The eccentric leader went on to hold up a cellphone showing an image of the two slain sailors.

"You want to be enslaved by these? Son of a b***h. Let's just circumcise ourselves again," Duterte continued.

The Philippines military is blaming the Jihadist group Abu Sayyaf for the slaying of the two sailors. The group has been gaining a foothold in the country and has built a reputation for beheading hostages if demands are not met, NY Post reported.

The paper also noted Duterte's history of strange threats to Islamist militant's, while also expressing a preference for human flesh seasoned in vinegar and salt. Last year, the Philippines president apparently threatened to eat members of Abu Sayyaf alive after a bombing in the city of Davao claimed 15 deaths and wounded 71 people.

"If I have to face them, you know I can eat humans," Duterte reportedly said at the time. "I will really open up your body. Just give me vinegar and salt, and I will eat you."

More from AOL.com:
Congress may repeal the post-9/11 act the US military used to justify the fight against ISIS
Vladimir Putin's morning routine involves a late wake-up and breakfast from the country farm of a close political ally
Senators push for more troops in Afghanistan