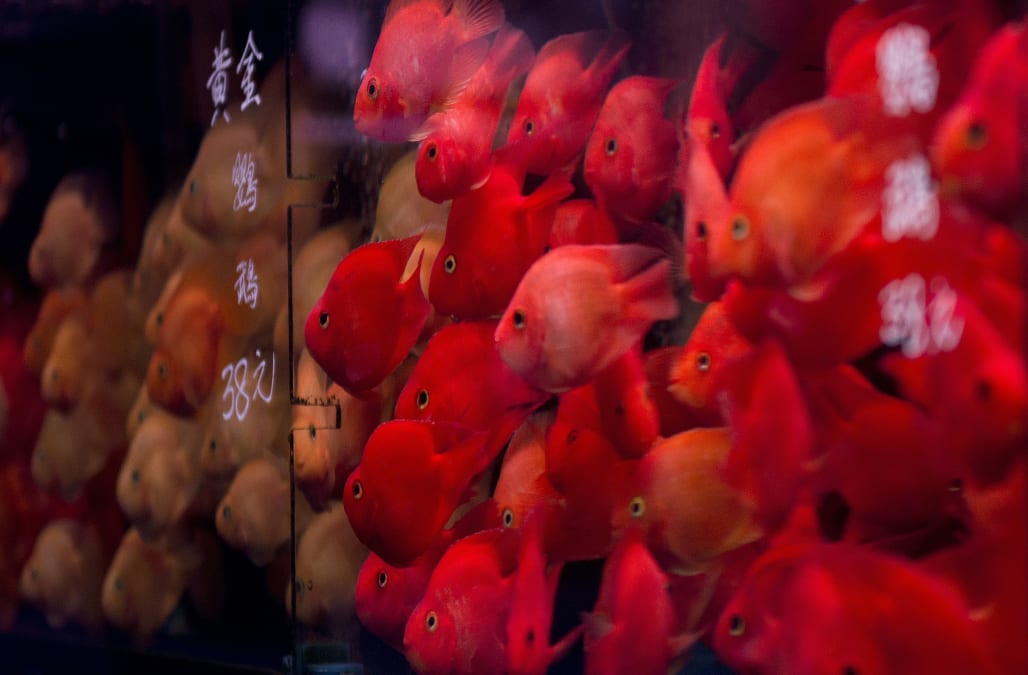 There are plenty of fish in the sea, but these are some of the most beautiful.

Read: Boy, 5, Gives Dead Fish a Tearful Goodbye as He Flushes It Down the Toilet

More than 10,000 goldfish of all shapes, sizes and colors competed for the honor during an annual beauty pageant held on Friday in Fuzhou, the capital city of east China's Fujian Province.

He Wei, a judge in the competition, explained the fish are rated on two characteristics — their breed and the way they swim.

"The goldfish in the fish tank not only presents static beauty, but also a dynamic beauty," He Wei told APTN.

The fishy contestants are divided into 26 groups based on breed, and each category awards its most beautiful fish gold, silver and bronze awards.

Because each goldfish is often a result of careful breeding, winners are later sold to buyers around the world for nearly $1,500 each.

More from Inside Edition:
Dying Grandparents Witness Granddaughter's Marriage Proposal: 'I Won't Forget This Day'
Pregnant Woman Critically Injured in Lightning Strike Gives Birth, Is Doing Better
Man Proposes to Girlfriend and Her Sister, Who Has Down Syndrome