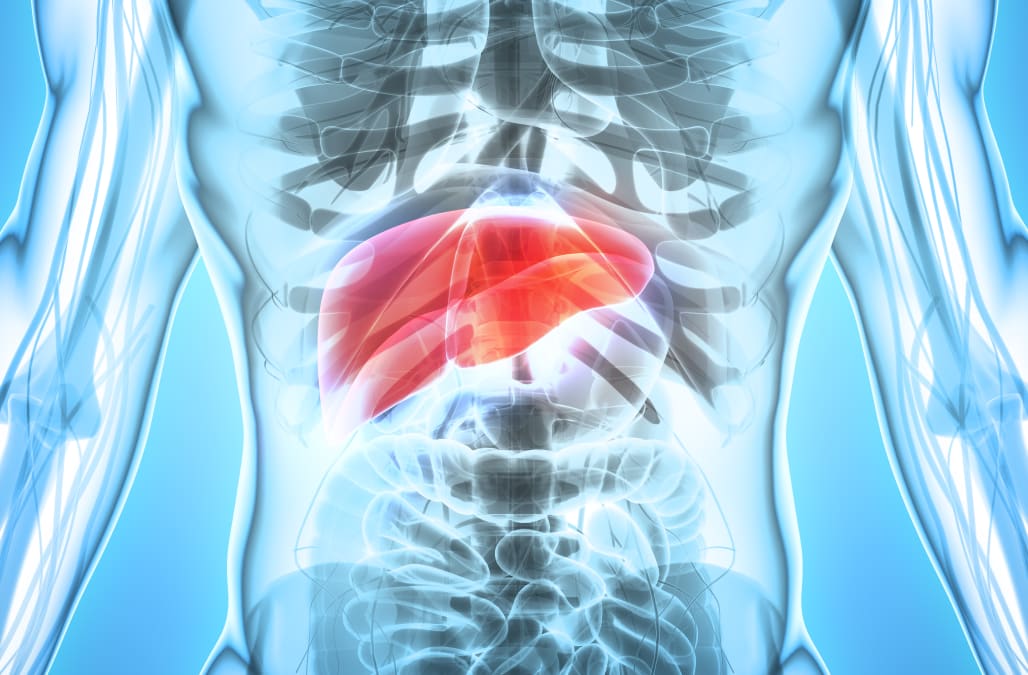 Millions of people are living with a "silent" disease they've likely never heard of.

NASH, short for nonalcoholic steatohepatitis, is a type of liver disease in which liver fat builds up in people.

NASH has become more common in recent years, and it's estimated to affect about 16 million Americans. It's a type of a more broad condition called non-alcoholic fatty liver disease, which affects an estimated 64 million Americans. And NASH is set to surpass hepatitis as the biggest reason for liver transplants by 2020.

Right now, the only way to treat NASH is through weight loss and maintaining a healthy weight and diet. It's often called a "silent" disease because most people don't know they have it. NASH doesn't have many symptoms until its later stages, when it leads to problems like cirrhosis and liver failure.

There's a simple reason why the disease flew under the radar for so long, Mark Pruzanski, CEO of Intercept Pharmaceuticals, a company that's focused on treatments for liver diseases including NASH, told Business Insider.

Historically, one of the leading causes of liver transplants has been "cryptogenic cirrhosis," a condition that affects liver function and causes irreversible liver damage. But what caused many cases of the cryptogenic cirrhosis wasn't known until recently.

"It turns out most if not the vast majority of cryptogenic cirrhotics are NASH patients," Pruzanski said. But as the liver starts to get more damaged, the fat and other telltale signs of NASH start to go away. By the time the person came in needing a transplant, it was no longer clear what led to the cirrhosis, making it hard to diagnose as NASH.

The 'biggest untapped matter in medicine'

NASH is a relatively new disease that appears to have a strong link to our lifestyles. But it's coming on quickly, as liver fibrosis — scarring in the organ — progresses in people with the disease.

The term NASH was coined in 1980, but research into it didn't ramp up right away, partly because the disease was regarded as a mild one.

Now NASH is the "biggest untapped matter in medicine," according to Rohit Loomba, a professor of gastroenterology at the University of California at San Diego. It's led to a rush to develop new treatments, and a hot area for biotech investments, from smaller biotechs like Madrigal, Genfit and Intercept to major drugmakers like Novo Nordisk, Gilead, Novartis,Bristol-Myers Squibb, and Allergan.

Because there are varying stages of the disease, people have different ideas about the best time to treat it: early on, or later after the disease has progressed. Intercept's lead candidate, called an FXR agonist, works farther upstream by "harnessing the liver's natural ability to regenerate," Pruzanski said. The drug is still a few years away from approval, with key data expected in 2019.

Why NASH is so hard to diagnose

There are two key hurdles to treating NASH:

Most people in early stages aren't symptomatic, and to know conclusively if a person has NASH requires a liver biopsy — which involves sticking a small needle into your liver and extracting a few cells. Even if they do have it, some might not want to know, since there's no way to treat it.

Researchers are working on imaging and blood tests that could determine whether people need to take the next step and get a liver biopsy, but those can pick up only certain levels of fibrosis.

That means there's no simple blood test to track how the drugs are doing, as there is with cholesterol-lowering medications or diabetes meds.

That will present some challenges in creating a market for these drugs. According to estimates from research firm Bernstein, that market could have $7 billion in sales by 2025. But by other estimates, the market could eventually be as big as $20 billion to $35 billion, Reuters reports.

SEE ALSO: One of the next epidemic-level chronic diseases doesn't have any approved treatments — and it could 'swamp the system'