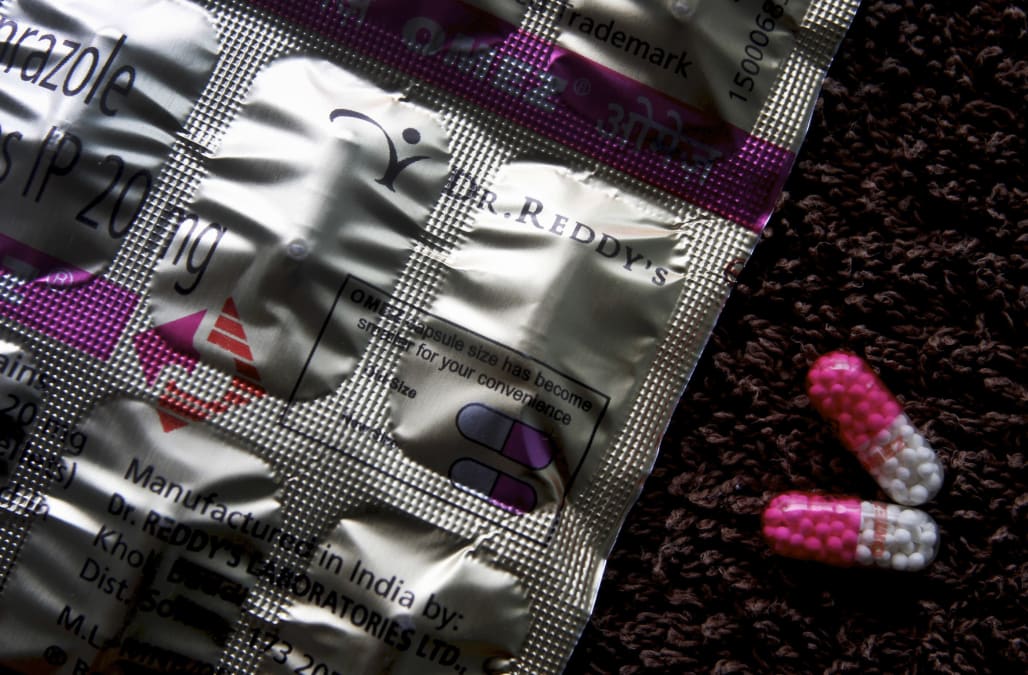 Widely used heartburn drugs are associated with increased risk of death, and the longer a person uses the drugs, the greater the risk, new research suggests.

Proton pump inhibitors or PPIs, have been tied to a wide range of side effects including fractures, dementia, heart disease, pneumonia and kidney disease, the study's senior author Dr. Ziyad Al-Aly of Washington University School of Medicine in St. Louis told Reuters Health in a telephone interview.

"We took it a bit further and asked is this class associated with a higher risk of death, and the answer is yes," he said.

Click through close up, microscopic photos of notable drugs:

About 50 million people in the U.S. are on PPIs, Al-Aly noted, and there is strong evidence that the drugs are overused. Popular drugs in this class include omeprazole (Prilosec), esomeprazole (Nexium) and lansoprazole (Prevacid).

He and his colleagues looked at data on millions of U.S. military veterans to determine if taking PPIs was associated with an increased risk of dying during about six years of follow-up.

Their analysis included nearly 350,000 new users of PPIs or H2 blockers, another type of acid-suppressing drug. They also compared PPI users and non-users within a group of nearly 3.3 million people, and PPI versus no PPI and no H2 blockers among about 2.9 million people.

New users of PPIs were 25 percent more likely to die during follow-up than people who started taking H2 blockers, Al-Aly and his colleagues report in BMJ Open.

For new PPI users, death risk rose in tandem with the amount of time the person took the medication. Risk was also increased in people who were on PPIs without an appropriate medical reason.

The most likely explanation for the increased mortality risk is the side effects associated with PPIs, Al-Aly said. In terms of the mechanisms that could be involved, he added, laboratory experiments have shown that lysosomes - tiny organs within cells that act like garbage disposals to get rid of waste - don't function well in people taking PPIs. Other research has shown that PPIs may shorten the protective chromosome ends known as telomeres, in effect speeding up cell aging.

When a person has heartburn or reflux, he added, possible root causes like obesity, poor diet or smoking should be addressed first. "Any intake or use of PPIs should be under the watchful and vigilant eye of a physician, for the smallest dose that's effective and the shortest period of time," he said.