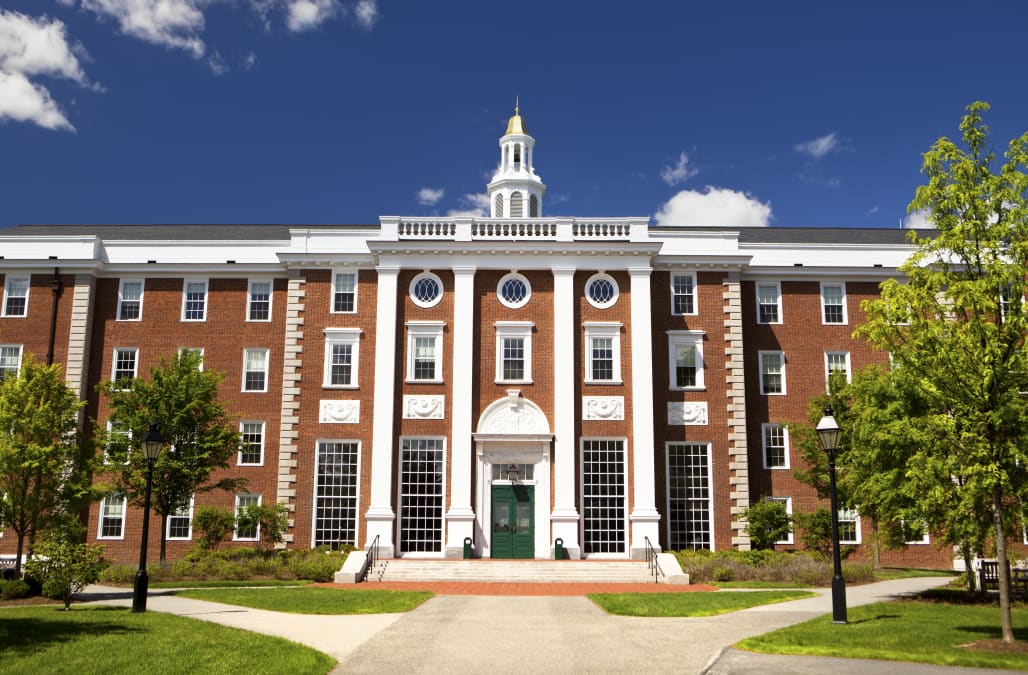 Harvard University's exclusive and historic Fox Club — whose members have included Bill Gates and T.S. Eliot — has reverted to male-only after revoking membership for its nine "provisional" female members, according to The Harvard Crimson, the university's daily newspaper.

The traditionally all-male social club had given the nine women "provisional" status in the face of looming sanctions by Harvard on single-gender groups, The Crimson reported on Monday. But screenshots obtained by the newspaper of messages allegedly among recent graduates indicate that the club's graduate board revoked membership for all of its provisional members and invited only the men to reapply for full membership.

The decision follows Harvard's announcement of sanctions in May 2016 against students who become members of single-gender groups. The new rules are set to take effect in the fall of 2017, according to Harvard's website.

But as of this May, only four of the 23 single-gender clubs, fraternities and sororities had adopted successful gender-neutral membership since the announcement of the sanctions, according to The Crimson. One other all-male group, the Spee Club, added women before the announcement, becoming the first of the eight remaining male-only clubs to become co-ed.

In 1984, nine all-male "final clubs" voted to sever their official ties with the school rather than admit women members. The university itself didn't become co-ed until the late 1970s.

Traditionally, such elite and often secretive Ivy League groups drew upon wealthy male students and family backgrounds for admission, said Maris Vinovskis, a professor of history and public policy at the University of Michigan.

"Ivy League schools, until recently, basically attracted privileged individuals," Vinovskis said. "That began changing in the 1960s, and they became more meritocracy-oriented as opposed to solely picking up people from prep schools and highly prestigious areas."

Since then, institutions of higher education have been grappling with how to reconcile their push for diversity with the sometimes century-old clubs, he said.

"As these students come in, will they feel as welcome in these kind of social clubs?" Vinovskis asked.

In the correspondence obtained by The Crimson, former Fox Club undergraduate President Daniel Skarzynski allegedly said graduate board President Hugh M. Nesbit had told him that provisional members were no longer a part of the club.

"For the concerned parties, [Nesbit] also said that if you'd like to be re-considered for membership, you should send an email to that effect ... and that the grad board will vote individually," Skarzynski wrote in the message, according to The Crimson. "However, he said this invite for reapplication does not apply to female members until such a time as the club votes successfully to add women to its membership."

A club graduate vote that would have allowed the club to admit women narrowly failed the two-thirds threshold needed to pass last year, The Crimson reported.

Skarzynski and Nesbit didn't immediately respond to requests for comment on Wednesday.

Fox Club first became co-ed in October 2015, when its undergraduate members admitted a group of junior and senior female students. But the Rev. Douglas W. Sears, who served as graduate board president when the women joined the club, told NBC News that the decision drew protests from some of the graduate board leaders.

The club's graduate leadership ended up letting the young women remain, but only as "provisional" members. Some male members became provisional members, as well, "in solidarity with the women," he said.

"A minority of the graduates inclusive of the graduate board are not in favor of women joining the club, so in this case. We have an example of a republic prevailing over a democracy," he said.

"The young women who came in the club were just such wonderful people in this instance and tremendously accomplished," he said, adding that he felt the club was on the wrong side of history.

John Thelin, a professor of higher education and public policy at the University of Kentucky and author of "A History of American Higher Education," said the incident was reminiscent of rifts among secret societies in the 1960s and '70s after universities became co-ed. Some, including Yale University's highly secretive Skull and Bones society, chose to remain all male.

"There began to be men who were tapped for these societies who turned them down," he said.

Thelin said that historically, Ivy League schools have benefited from opening their campuses and clubs to women and minorities.

RELATED: Colleges with most rape reports

Colleges with most rape reports

"By extending their talent net beyond their traditional constituents, these institutions have become so much more talented and more vibrant,' he said.

"With these kind of internal squabbles, I think there are some pretty serious values involved," he said, later adding, "I would say that the dinosaurs seemed to have come to life, maybe, in Cambridge."

"These organizations remain free to establish their membership practices and students will continue to have the discretion whether to join them," the university says on its website. "Rather, Harvard is focused on ensuring that the student activities it funds and sponsors advance the College's commitment to non-discrimination."

In addition, students who join such groups will not be eligible for certain prestigious fellowships, such as the Rhodes and Marshall scholarships.

At the time, the dean of Harvard College, Rakesh Khurana, said keeping women out of the traditionally all-male final clubs was a "discriminatory practice."

But the sanctions have drawn criticism from those who say they violate students' right to freedom of association.

And Sears said they may have an unintended consequence: "killing the female clubs."

"These clubs formed a microcosm to be supportive of women at Harvard," he said, adding that the female clubs weren't consulted before the decision.

"Harvard is so upset, so concerned with the role of women, that they pull out the rug from underneath them on this issue," he said.

"I would say the whole thing is being very clumsily done," he added.