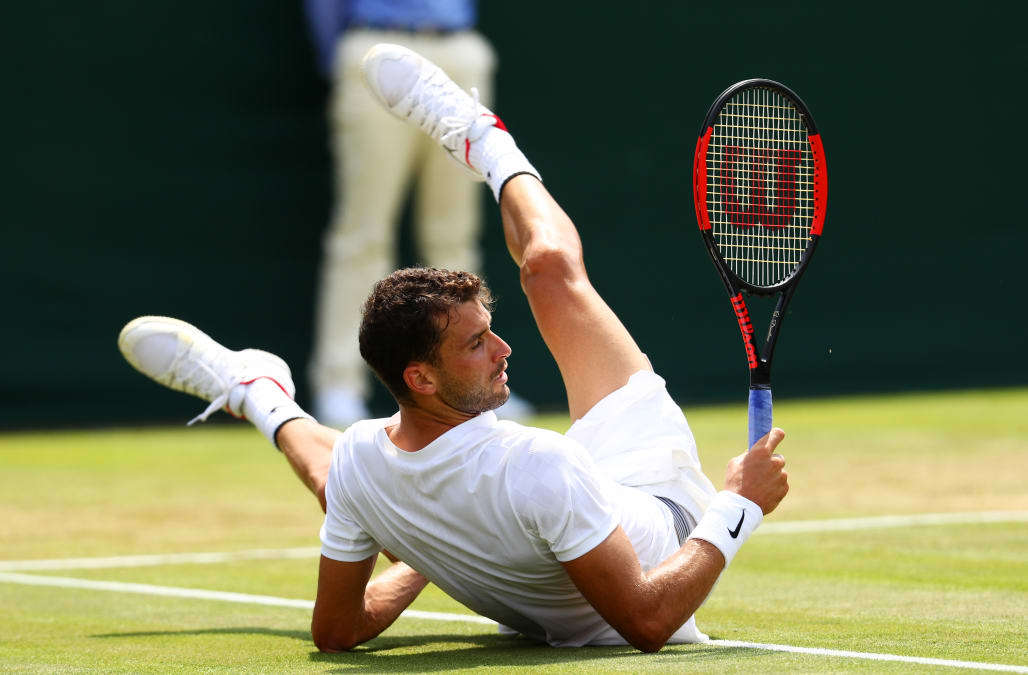 In what is an early candidate for shot of the tournament at the 2017 Championships at Wimbledon, Grigor Dimitrov pulled off what can best be described as an accidental trick shot to win a set.

The play came on set point in the second set against Marcos Baghdatis and Dimitrov already up one set to none.

After a short exchange, Baghdatis hit a ball that Dimitrov thought was long. Thinking the set was over, Dimitrov just flicked at the ball behind his back and started to walk off the court only to suddenly realize that nobody called it out. The ball landed in and Baghdatis then mishit his return, giving Dimitrov the set, via ESPN.

Here is the replay.

NOW WATCH: LeBron James explains the story behind his shirt that prompted Draymond Green to get revenge at the Warriors' championship parade