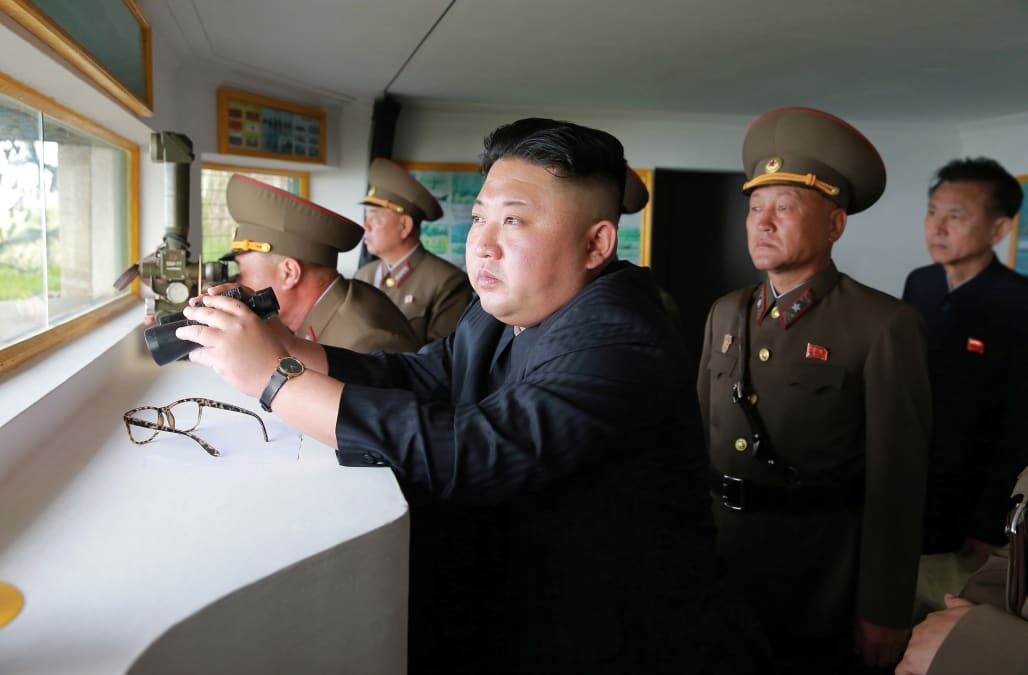 "I have some pretty severe things that we're thinking about," he told reporters in Poland where he was making an official visit ahead of the G-20 summit in Hamburg, Germany.

North Korea test-fired its first intercontinental ballistic missile Tuesday, marking a significant step forward in its weapons program and an escalation of a nuclear standoff with the U.S.

"I think we'll just take a look at what happens over the coming weeks and months. It's a shame that they're behaving this way," Trump said. "Something will have to be done."

His comments came ahead of a planned address to the Polish people Thursday in Krasinski Square in which he was expected to commemorate Poland's bravery during World War II while calling for allies to confront today's challenges with the same courage.

Asked to unequivocally call out Russia for meddling in the 2016 presidential election, the president reiterated that "other countries" could also be to blame.

"Nobody really knows for sure," Trump said, just one day before a planned meeting with Russian President Vladimir Putin. This has been "happening a long time," Trump said without elaborating, immediately pivoting to attacking Obama for his lack of action.

"Why did he do nothing about it?" he wondered before answering his own question: "The reason is he thought Hillary was going to win."

White House officials have not stated whether or not Trump plans to bring up Russia's role in the 2016 election.

Trump held talks with Duda in Warsaw's Royal Castle after meeting and shaking hands in front of cameras.