Can US defend against North Korea missiles? Not everyone agrees 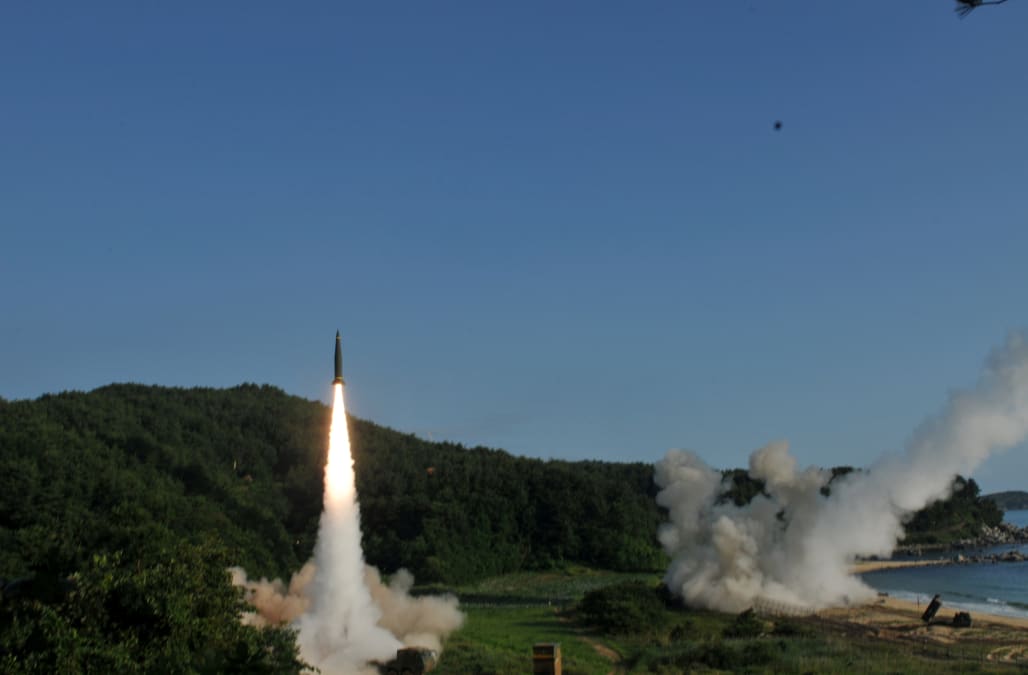 WASHINGTON, July 5 (Reuters) - Not everybody asserts as confidently as the Pentagon that the U.S. military can defend the United States from the growing threat posed by North Korea's intercontinental ballistic missile capability.

Pyongyang's first test on Tuesday of an ICBM with a potential to strike the state of Alaska has raised the question: How capable is the U.S. military of knocking down an incoming missile or barrage of missiles?

Briefing reporters on Wednesday, Pentagon spokesman Navy Captain Jeff Davis said: "We do have confidence in our ability to defend against the limited threat, the nascent threat that is there."

Davis cited a successful test in May in which a U.S.-based missile interceptor knocked down a simulated incoming North Korean ICBM. But he acknowledged the test program's track program was not perfect.

"It's something we have mixed results on. But we also have an ability to shoot more than one interceptor," Davis said.

An internal memo seen by Reuters also showed that the Pentagon upgraded its assessment of U.S. defenses after the May test.

Despite hundreds of billions of dollars spent on a multi-layered missile defense system, the United States may not be able to seal itself off entirely from a North Korean intercontinental ballistic missile attack.

Experts caution that U.S. missile defenses are now geared to shooting down one, or perhaps a small number of basic, incoming missiles. Were North Korea's technology and production to keep advancing, U.S. defenses could be overwhelmed unless they keep pace with the threat.

"Over the next four years, the United States has to increase its current capacity of our deployed systems, aggressively push for more and faster deployment," said Riki Ellison, founder of the Missile Defense Advocacy Alliance.

MDA systems have multiple layers and ranges and use sensors in space at sea and on land that altogether form a defense for different U.S. regions and territories.

One component, the Ground-based Midcourse Defense system (GMD), demonstrated a success rate just above 55 percent. A second component, the Aegis system deployed aboard U.S. Navy ships and on land, had about an 83 percent success rate, according to the agency.

A third, the Terminal High Altitude Area Defense, or THAAD, anti-missile system, has a 100 percent success rate in 13 tests conducted since 2006, according to the MDA.

Since President Ronald Reagan's administration in the 1980s, the U.S. government has spent more than $200 billion to develop and field a range of ballistic missile defense systems ranging from satellite detection to the sea-based Aegis system, according to the Congressional Research Service.

Funding for MDA was on average $8.12 billion during President Barack Obama's administration that ended on Jan. 20. President Donald Trump has requested $7.8 billion for fiscal year 2018.

'ANOTHER YEAR OR TWO'

Last month, Vice Admiral James Syring, then director of the Missile Defense Agency, told a congressional panel that North Korean advancements in the past six months had caused him great concern.

"However, it will probably require another year or two of development before this missile can reliably and accurately hit high-value continental U.S. targets, particularly if fired under wartime conditions," he said.

Michael Elleman, a fellow for Missile Defence at the International Institute for Strategic Studies, said that although North Korea was several steps from creating a dependable ICBM, "There are absolutely no guarantees" the United States can protect itself.

In missile defense, "Even if it had a test record of 100 percent, there are no guarantees."

More from AOL.com:
North Korea tested intercontinental ballistic missile, US officials believe
North Korea says its ICBM can carry nuclear warhead; US calls for global action
US prepared to use force on North Korea 'if we must': UN envoy