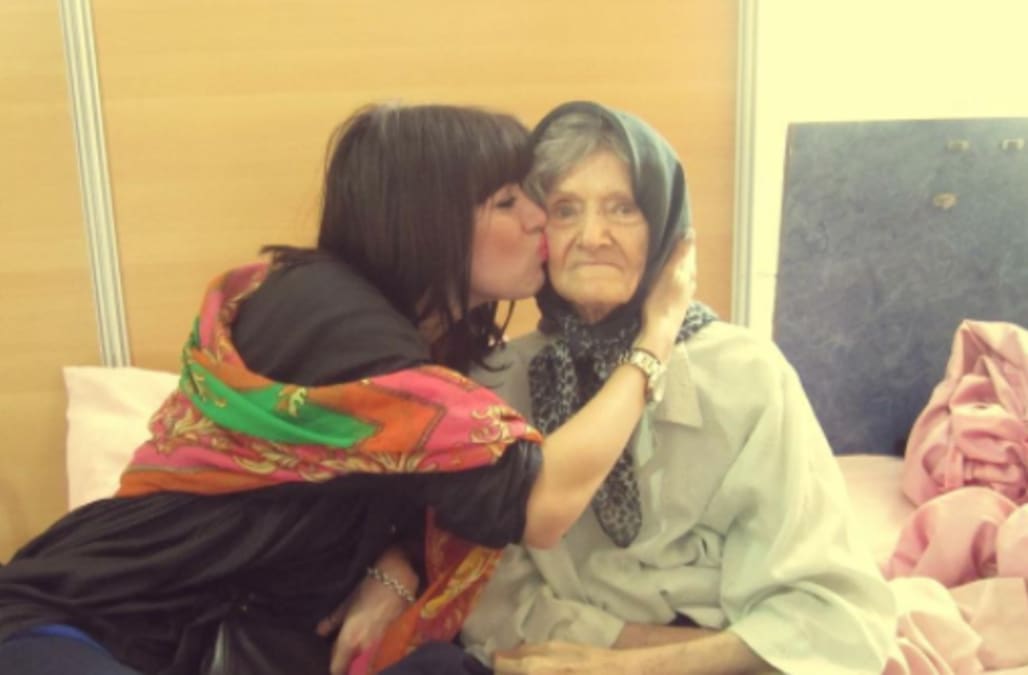 President Trump's limited yet active travel ban grants U.S. visas to people in six predominantly Muslim countries only if they can prove they are a "bona fide" relation of someone in the U.S.

While the relatives deemed acceptable include parents and children, grandparents did not make the all-clear list, notes NBC News.

Banned Grandmas Instagram account protests Trump's travel ban
@hdagres is the curator of @theiranist and her Mamani is newly banned from the US.
@kia4congress's grandma 💜
Camilla Razavi with that mamani mach-o-boos #muslimban #nobannowall
Yasmin's grandma is guilty of the wild belief that each meal must be accompanied by sherry and a cigarette
Meet @anpour's late grandmother. She used to come to the US for medical treatments for her hearing. Posting this in memoriam of her and other mamanis who come to the US for medical reasons.
@destinationunknown's grandma's crime? Making amazing kookoo sabzi
Throwback to when Reza's grandma WAS allowed in the US and made it to his graduation.
Amir just finished law school in NY, but his grandma is barred from visiting to celebrate him.
Vahid 💜's his mamani
Maman Saideh won't be in NYC for Asal's graduation from Columbia University - via @maya_1957
This is Alison's mamani. Probably guilty of too much mach-o-boos.
@sanamche is an Iranian architecture student in NY. This is her grandma. Clearly this is a ban on torshi, not terrorism.
Check out the plate of shirini beside @shayanmodarres's grandma. The US will be less sweet by barring her entry.
Up Next

It has been flooded with images of women who have, for a time, been rendered unable to visit their grandchildren in the U.S.

Elham Khatami, an outreach director for the National Iranian American Council, is among the picture posters.

She told TIME, "I feel tired of being cast aside and of being forced to prove my humanity at every turn. We don't recognize this country anymore, and it's a terrifying feeling."

Kia Hamadanchy, another participant, commented, "I think it helps show who we actually are. Donald Trump can go out there with his rhetoric, but everyone loves their grandmother and this shows who he's actually keeping out."

Not long after the Supreme Court decided that Trump could employ a modified version of his ban, many filed challenges to the rather short list of relatives deemed 'bona fide,' reports NBC News.

A federal court ruling is expected in near future.