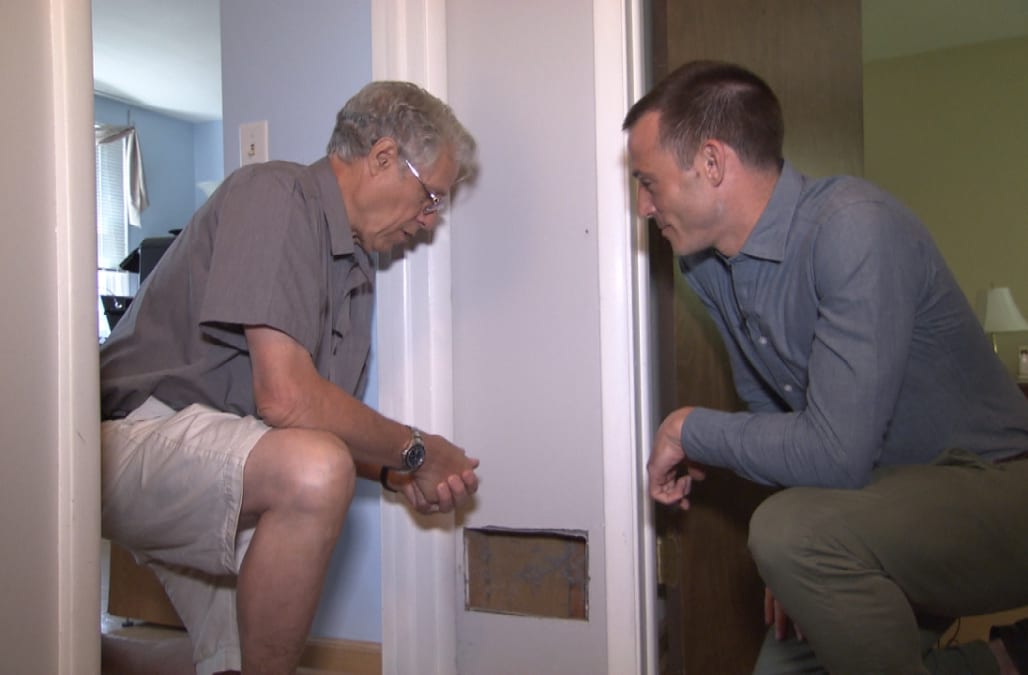 Behind the walls of one Pittsburgh family's walls once lurked a menace that had been a fixture in their home for 13 years — an alarm clock.

Every night, Sylvia and Jerry Lynn were subjected to the relentless beeping of the clock, which went off every night at exactly 7:50 p.m.

Read: Woman Rigs Alarm Clock With Rubber Hand That Smacks Her in the Face

After more than a decade inside the walls, it was recently removed by a local air conditioning company.

For years, they never felt the need to because Jerry said: "it makes a great conversation piece, particularly with new people."

"You're sitting around playing bridge and it goes off," he added. "Is that an alarm clock? Why is the alarm clock going off? It's in the wall."

How the clock got into the wall is an odd story to begin with.

Jerry was installing some cable for his TV set and wanted to locate the right spot on the wall to drill a hole, so he tied the alarm clock to a string, planning to drop it down an air duct.

His plan was to have the alarm go off and indicate where he would drill a hole, but then string broke, and the clock fell through the shaft. It dropped into the wall in the living room.

Read: Sound the Alarm! Security Company Accused of Misleading Customers to Switch to Their System

He thought the battery would last just a couple months but the clock remained operational for 13 years.

After the clock was removed, it still worked and was in fine condition with the original Rayovac battery still inside.

The family plans to leave the clock on the mantle and will keep the alarm timed to 7:50 p.m.