A 5.8 magnitude earthquake in Montana caused everyone to freak out about the Yellowstone supervolcano 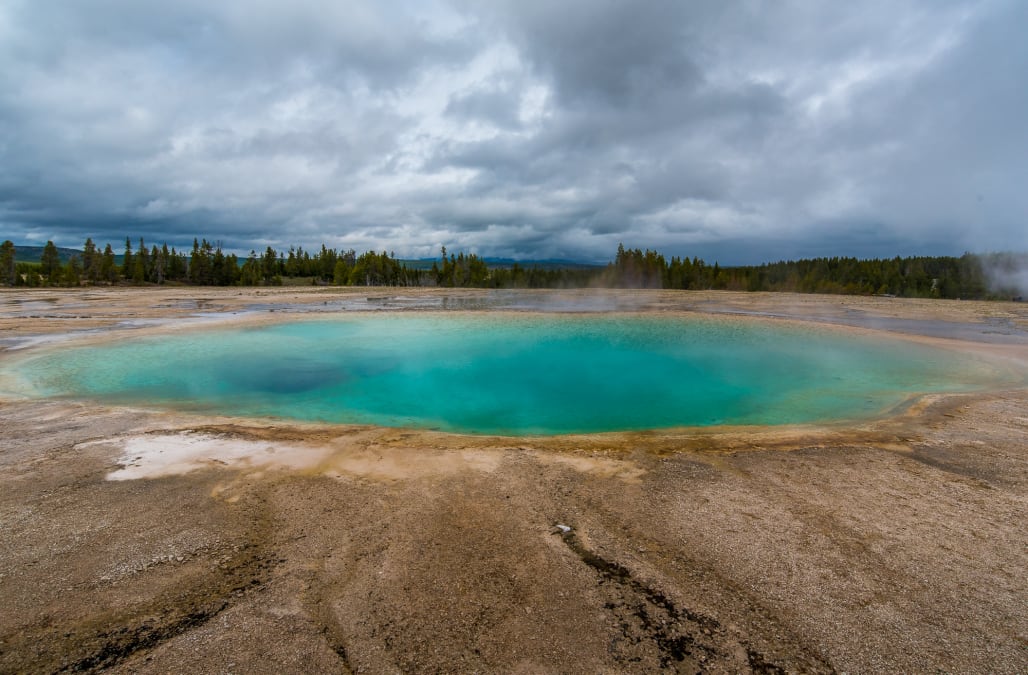 The residents of Lincoln and Helena, Montana, were awakened just past midnight when a 5.8 magnitude earthquake struck just six miles southeast of the former. According to the Associated Press, people as far away as Bozeman and Great Falls, Montana, as well as parts of Idaho also felt latent tremors from the occurrence early Thursday morning. Neither the AP nor the local Independent Recordreported any major injuries or damage, though Helana suffered a gas leak and Lincoln briefly lost power.

Both news outlets spoke with locals about the earthquake to gauge their reactions, but the presence of musician and part-time Montana resident John Mayer helped get the item trending on social media.

Wow. Earthquake in Montana. So if you wonder if you're crazy and you're searching the words earthquake and Montana, earthquake Montana.

According to USGS it's the 8th biggest earthquake on record in Montana. look at years and then "26 minutes ago." #geologypic.twitter.com/NF81DaHuLD

Then again, the quake's proximity to the Yellowstone Caldera in Yellowstone National Park — which just so happens to be the site of a dormant supervolcano — also caught people's attention. Scientists determined three massive eruptions have occurred in Yellowstone during the past 2.1 million years, with the most recent happening around 630,000 years ago. And while disaster films like 2012, occasional Discovery channel specials and doomsday preppers love to chat incessantly about when the next eruption will occur, observers recently confirmed the caldera was hit by 450 minor earthquakes in one week.

So yeah, people are freaking out online.

That's it. Yellowstone is going to blow now. #earthquakepic.twitter.com/DDOr1Uzlb0

The moment when you're reading these #earthquake tweets joking about Yellowstone blowing... pic.twitter.com/V1kDJWOuLv

North Korea can't nuke the US if the Yellowstone Volcano takes it out first. #earthquake#Yellowstonepic.twitter.com/eJH9MrodKq

When people and talking about the Montana #earthquake and change the convo to Yellowstone blowing up pic.twitter.com/aUoYFootht

Just felt a 5.8 earthquake shake our house in Great Falls, MT. Thought it was from Yellowstone, but thankfully not. Very scary though. pic.twitter.com/F68elDFeXe

(Via Associated Press and Independent Record)