Unfortunate reporter gets puked on during live broadcast, carries on like a total pro 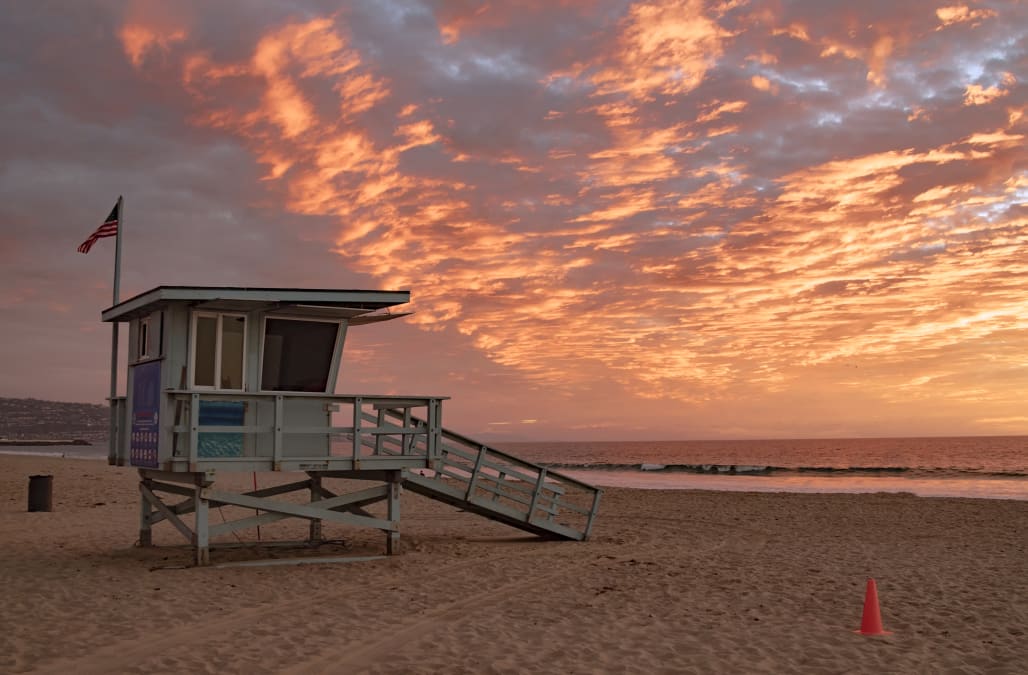 Journalism can be a dirty, dirty job. And, one very unfortunate reporter learned that the hard way when she got vomited on during a live broadcast on July 4.

SEE ALSO: Man attempts to give serious BBC interview, regrets ever having children

KTLA reporter and anchor Wendy Burch was reporting live from an ironman competition at Hermosa Beach, Los Angeles, on July 4 when something pretty grim occurred.

One competitor who'd taken the Hermosa Beach Ironman motto "Run, Paddle, Chug!" a little too far projectile vomited on shoulders of the man Burch was interviewing, and Burch got caught in the crossfire. Yep, she got puked on all right.

Mad props to colleague @goodnewswendy who may have to put in 4 hazard pay after wht happened on live TV🤢 #champ#HermosaBeach#IronMan#KTLApic.twitter.com/g3A2E4Q1Om

At the hideous vomit-hitting moment, the cameras cut back to the studio to two highly horrified-looking anchors.

Videos of the gross moment have been circulating online, rendering Burch a viral vomit star.

Burch wrote a blog post after the event describing what went down.

She explained that a coincidental technical glitch made the video freeze right at the moment the vomit hit, hence why the cameras cut back to the studio. What we didn't see, however, was that Burch assumed she was still live, so carried on interviewing people for a further two minutes.

6 PHOTOS
Reaction to news reporter getting puked on
See Gallery

Reaction to news reporter getting puked on
This is really awkward. A reporter got puked on by a bunch of drunk people. Not what we were told to expect in J-Sc… https://t.co/ESGghL9LCF
Thank you BuzzFeed for referring to me as a "National, vomit soaked treasure." #DubiousDistinction https://t.co/JQjcqU99Z7
This guy just puked on a reporter on live TV. Yay, America!! 🇺🇸🤢 Happy 4th of July! https://t.co/TlKrcg1uYG @KTLA #KTLA
As a reporter, I never had anyone puke on me. Did I miss out? https://t.co/AMGLFwvYOp
I've officially seen it all. Give that reporter a raise! 😮💰 #LiveTV #Puke #WendyBurch https://t.co/6LPGtVB7zb
As if hot do eating contests aren't revolting enough, I just learned that there is an Ironman Beer chugging contest https://t.co/YAllvxBmlh
Up Next

"So, for the better part of the next two minutes, I just kept interviewing drunken people. while sudsy substances flew in the air and landed in my hair," wrote Burch.

"Let's say, after that, it was a wrap. I drove home, took a hot shower and a long nap," she continued. She says she was pretty shocked to wake up to countless messages and tweets after the video went viral.

She also had a message for anyone wanting to enter the journalism industry.

"To all of you aspiring journalists out there, I'm here to tell you, dreams really do come true... especially in the age of viral videos," she wrote.

You're our hero, Wendy!

More from AOL.com:
Jamie Horowitz fired at Fox Sports amid harassment probe
Creator of Trump's CNN body-slam meme apologizes for racist and anti-Semitic posts: 'I am in no way this kind of person'
Trump supporters mistake NPR's tweeting Declaration of Independence as 'calling for revolution'