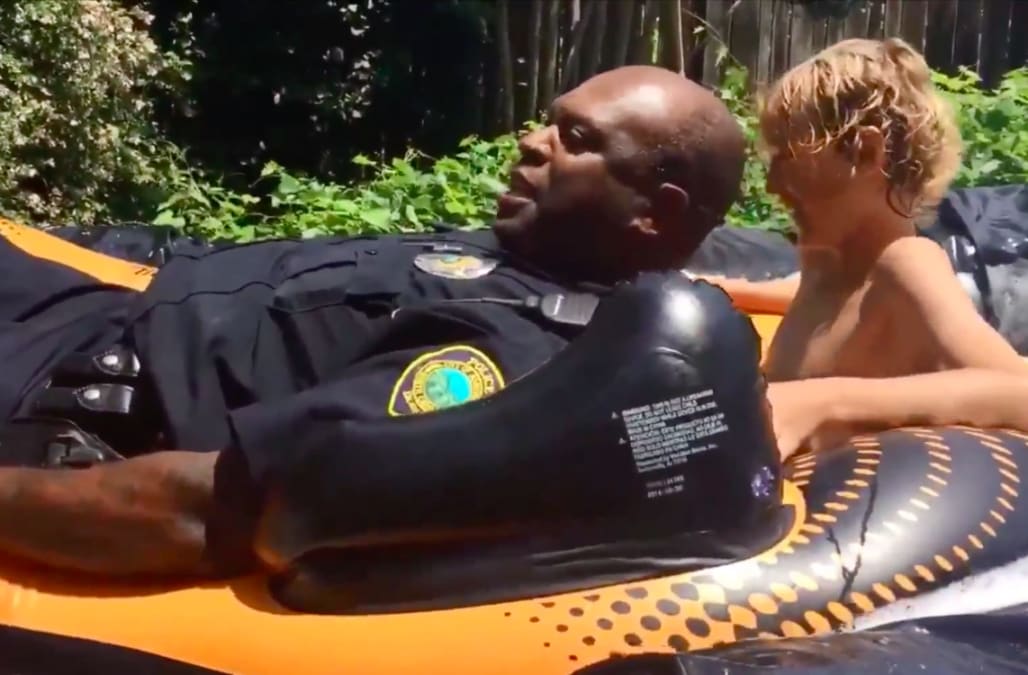 Two police officers in Asheville, North Carolina, became a hit among partygoers when instead of shutting down their 4th of July block party, they joined in the summer fun.

Officers Joe Jones and Carrie Lee of the Asheville Police Department responded to a complaint on July 2 about a giant slip-and-slide that had been set up for an annual Independence Day block party, according to WRIC.

Katlen Joyce Smith, who lives in Asheville, said one of the local dads decided to build the contraption for the neighborhood kids to enjoy, but that someone called the police to complain it was blocking the road.

Upon arriving at the scene of the crime, both Jones and Lee apparently decided that the slide presented no threat to the public.

"When the police came, they quickly realized that wasn't the case and asked if they could take a turn," Smith said.

Adorable footage shared to Facebook by the Asheville Police Department shows Officer Jones sliding down the street in a double tube with a young boy while fully clad in his police uniform.

"My butt is wet!" he can be heard saying, over loud laughter from the crowd, after splashing into the pool at the bottom of the slide.

A clever Officer Lee opted to slide down the hill inside of a large black trash bag instead of a tube, leaving her a lot drier than her partner.

Onlookers said that the unexpected party-crashers were truly a delight for the neighborhood children and left residents with smiles on their faces.

"I still can't handle the amazing-mess of it all," Smith wrote on Facebook following the incident. "I hope the neighbor who called them saw it all go down!!"