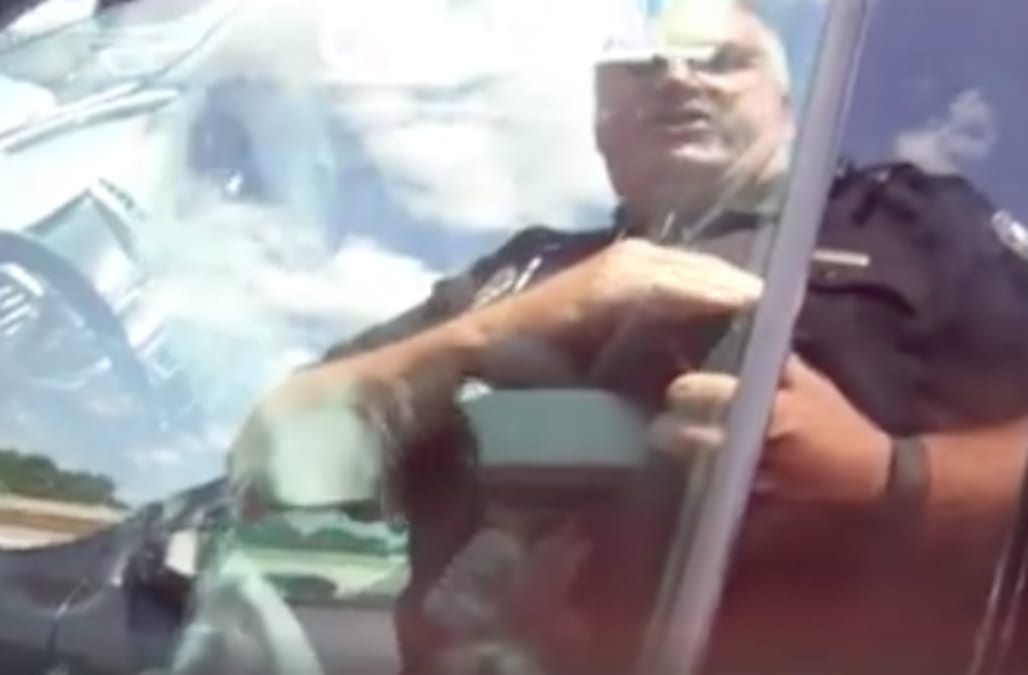 Horrifying bodycam footage released on Wednesday shows the rescue and medical treatment of two dogs that suffered from heat stroke after they were left in a car that reached temperatures of 167 degrees Fahrenheit.

The Roswell Police Department shared the harrowing video on its Facebook page, where it has since been viewed over 113,000 times and racked up 500 comments.

"A concerned citizen noticed a dog suffering in a hot car and called 911," the police department wrote. "The first officer arrived in 18 seconds. What you are about to see is actual bodycam footage of the rescue and medical treatment of two dogs suffering from heat stroke."

In the video, the tortured animals can be heard wildly barking through a barely cracked open window as the officers approach the car with a thermometer.

"167 (degrees) on the front seat," one of the responders calls out to his partner. "This dog's been in here for over an hour."

Police said they had to remove one of the dogs with an animal control pole since the combination of heat and fear had the dog acting aggressively.

Shortly after being removed from the vehicle, the first dog had a heat stroke-induced seizure.

After the second dog was safely removed from the vehicle, Roswell, Georgia, firefighters were able to care for and hydrate the animals, according to police.

They even opened up a fire hydrant to help cool the dogs down.

The dogs' owner reportedly arrived only after a nearby movie theater sent out an emergency page looking for the owner of the vehicle.

Both of the animals were later transported to an emergency animal hospital where they were treated and discharged "in good health."

The owner was charged with two counts of animal cruelty, and both dogs were seized as evidence in the case against her.

Ultimately, the Roswell Police Department says it hopes the shocking footage will help raise awareness about the dangers of leaving pets inside hot vehicles.

"If you see an animal trapped inside of a hot car, call 9-1-1, so that a tragedy can be avoided," it wrote.