Oil, gas, and coal industries get a shocking amount of funding from the US government, a new report shows 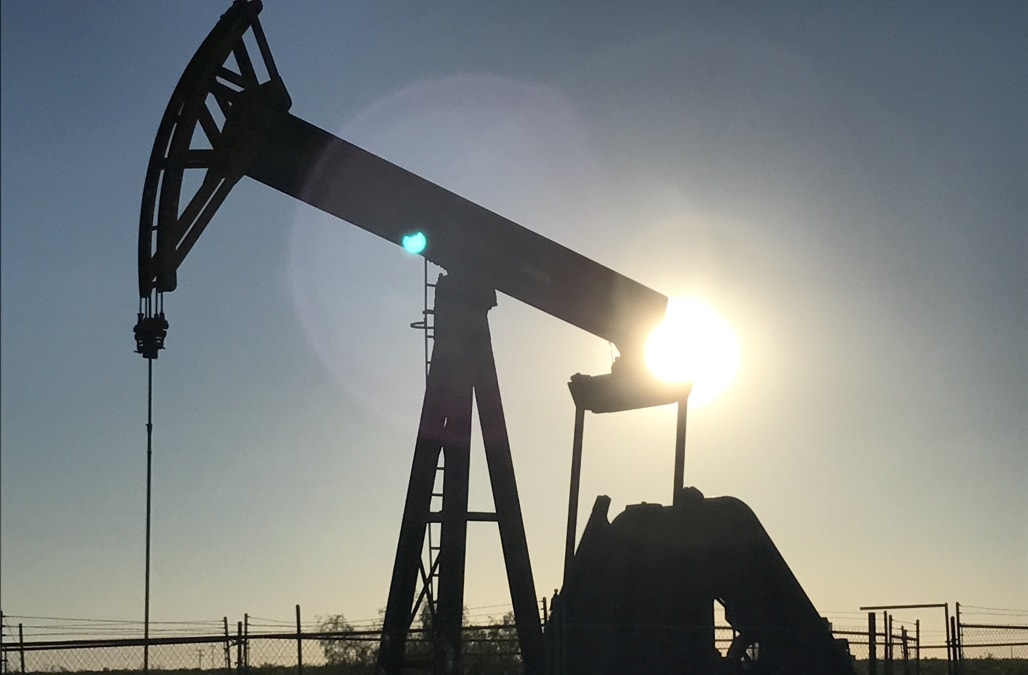 A new report shows that the US government provided about $6 billion annually in financial support to the oil, gas, and coal industries between 2013 and 2015. That's over four times the amount that went to clean energy, which received $1.3 billion.

The report, released July 5, is the product of research conducted by Oil Change International, Friends of the Earth, the Sierra Club, and the World Wildlife Fund's European Policy Office. Their goal was to parse out the amount of public financing — defined as grants, equity, loans, guarantees, and insurance from majority government-owned financial institutions— that various G20 countries have given to domestic and international energy production.

Coal mining in America
circa 1935: Two miners at work in an anthracite mine near Scranton, Pennsylvania. (Photo by MPI/Getty Images)
Blaine Sergent, coal leader, putting up his check at end of day's work. Lejunior, Harlan Co., Ky. Sept. 13, 1946. | Location: Lejunior, Kentucky, USA. (Photo by ï¿½ CORBIS/Corbis via Getty Images)
Row of Coal miners shanties on Elk River at Bream, W. Va. Location: Bream, West Virginia (Photo by Lewis W. Hine/Buyenlarge/Getty Images)
A coal miner stands on his front porch with his wife and their two children, in Bertha Hill, West Virginia, September, 1938. (Photo via Smith Collection/Gado/Getty Images).
(Original Caption) One of the earliest battlegrounds in the current strike of Miners of the steel companies 'captive' coal mines is pictured here. The scene is the captive mine of the united States Coal and Coke Company in Gary, West Virginia. Various weapons were brought into play, as members of an Independent Miner's Union engaged in a free for all with striking United Mine worker's pickets who sought to bar their entry. Two men were shot here. A skirmish is shown in progress on the battleground, as the men in the center of the photograph are being wetted down by a stream of water from a fire hose directed from inside the building.
Group portrait of boys working in #9 Breaker Pennsylvania Coal Company, Hughestown Borough, Pittston, PA, 1908. (Photo by Lewis W. Hine/Buyenlarge/Getty Images)
Photograph of Breaker Boys and Woodward Coal Breakers, Kingston, Pennsylvania. Dated 1906. (Photo by: Universal History Archive/UIG via Getty Images)
UNITED KINGDOM - MAY 31: Photograph by Herbert William Hughes (d 1937). Hughes was elected a member of the Royal Photographic Society in 1893, and became a fellow two years later. (Photo by SSPL/Getty Images)
Coal Miners Using Automatic Conveyor (Photo by George Rinhart/Corbis via Getty Images)
(Original Caption) Coal mining: Young boys working in Pennsylvania coal mine before the introduction of the child labor laws. Photograph ca. 1895 shows them standing with horses at mine entrances.
Red Jacket, West Virginia. Miner and wife with 5 children outside of tent.
Three Coal Breaker Boys, Woodward Coal Mines, Kingston, Pennsylvania, USA, circa 1890. (Photo by: Universal History Archive/UIG via Getty Images)
(Original Caption) Mine 'Tipple Boy', West Virginia coal mine. Photograph by Lewis Hine, 1908. BPA 2 #3116.
Portrait of 15-year Old Boy Working as Trapper at Coal Mine, His only Job is to Open and Close the Door, West Virginia, USA, circa 1908. (Photo by: Universal History Archive/UIG via Getty Images)
Striking coal miners return to work at the Haveco Mine in West Virginia. (Photo by Library of Congress/Corbis/VCG via Getty Images)
(Original Caption) 12/29/1951-West Frankfurt, IL- Weary and covered with coal dust after spending eight hours in the New Orient mine at West Frankfort, IL, John L. Lewis, United Mine Workers' head, pauses to answer reporters' questions. Lewis and other investigators are seeking the cause of the blast which recently took the lives of 119 miners.
Up Next

Data came from Oil Change International's "Shift the Subsidies Database," which tracks public financial flow to fossil fuel industries from 2008 until the present. According to that database, the US provided $832 million annually to coal and $5 billion to oil and gas. (It was not possible to determine the split between coal, oil, and gas for the remaining $160 million.)

The US also received $17.5 billion in fossil fuel financing from other G20 countries.

When ranked with the other countries, the US was fourth on the list in total dollars contributed to coal, oil and gas. The top contributors to fossil fuel industries were Japan (with $16.5 billion to fossil fuels and $2.7 to clean energy), China, and South Korea.

Germany, Canada and Brazil followed the US in the list.

Talk is Cheap: How G20 Governments are Financing Disaster/Oil Change International, Sierra Club, WWF Europe, Friends of the Earth US for Business Insider

"Our research shows that the G20 still hasn't put its money where its mouth is when it comes to the clean energy transition," Alex Doukas, a senior campaigner at Oil Change International and one of the report's authors, said in a press release.

The environmental groups behind the report hope that drawing attention to this data will spur countries to transition to investing more in renewables and less in fossil fuels.

"The Paris Agreement should lead policymakers to refocus public finance on energy savings and sustainable renewable energy, which actually offer effective solutions to our future energy challenges," Sebastien Godinot, an economist with the WWF European Policy Office, said in a statement.

The study estimates that 85% of known fossil fuel reserves must remain in the ground for the world to meet the goals set in the Paris Agreement (to keep the Earth's temperature from rising more than 2 degrees Celsius above pre-industrial averages). However, the report found that of the total $71.8 billion that G20 countries provide to fossil fuel industries, $13.5 billion goes to activities that fund exploration for more reserves of oil, gas, and coal.

"The best climate science points to an urgent need to transition to clean energy, but public finance from G20 governments drags us in the opposite direction," Doukas said. "We must stop funding fossils and shift these subsidies."

The full report can be viewed here.

NOW WATCH: This defunct oil rig in the middle of the ocean is now a cool hotel for divers

SEE ALSO: New map projects where climate change will kill the most people