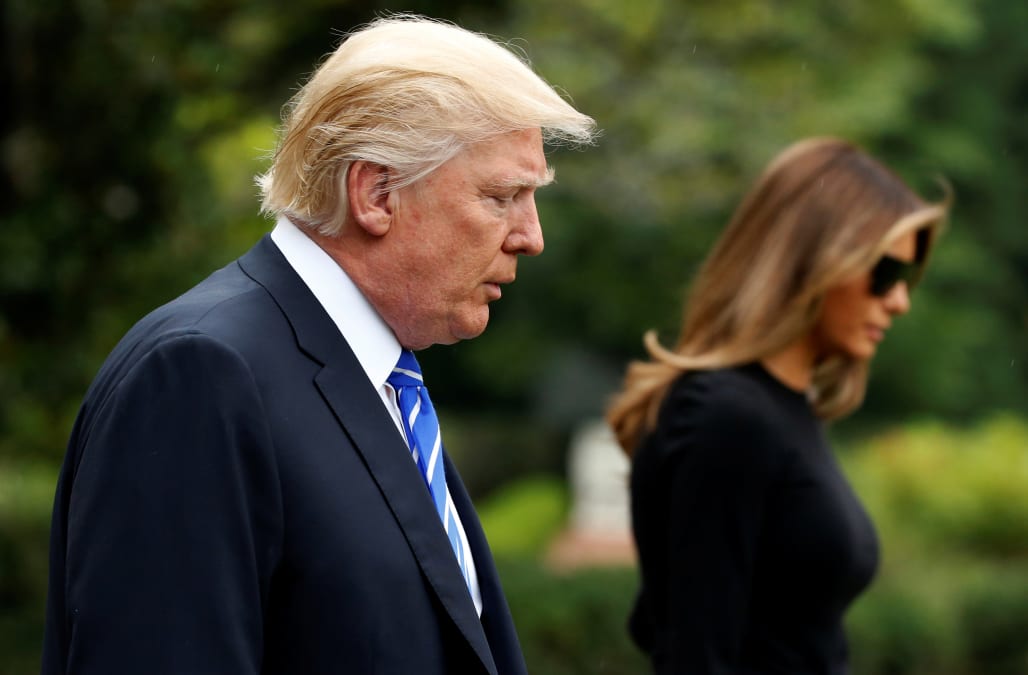 The meeting between the two leaders was initially going to be on the sidelines of this week's G-20 summit in Hamburg, Germany. But on Tuesday, the White House said the Trump-Putin meeting would instead be an official, bilateral sit-down.

To prepare Trump, intelligence officials put together a detailed psychological profile on Putin, a former KGB officer and Russian spy, The Times reported. The profile was included in a binder full of other materials to ready Trump. However, Trump frequently relies on in-person briefings to bring him up to speed, and he prefers shorter sentences and "killer graphics" as opposed to denser notes.

Click through images of former President Obama and Vladimir Putin:

"I like bullets, or I like as little as possible," Trump told Axios before his inauguration in January. "I don't need, you know, 200-page reports on something that can be handled on a page."

In keeping with that, intelligence officials condensed the main points Trump could bring up with Putin into "tweet-length sentences."

Trump's approach to presidential briefings contrasts with that of prior presidents. After the November election, he said he did not need daily intelligence briefings.

"You know, I'm, like, a smart person. I don't have to be told the same thing in the same words every single day for the next eight years. Could be eight years — but eight years. I don't need that," he said.

And in May, Reuters reported that National Security Council officials strategically include Trump's name in "as many paragraphs as we can because he keeps reading if he's mentioned," according to one source.

Trump's meeting with Putin will come as multiple congressional and FBI investigations examine Russia's interference in the 2016 election and the Trump campaign's possible role in it. It's unclear whether Trump will bring up Russia's meddling during the bilateral meeting.

Homeland Security adviser Thomas Bossert told ABC's "This Week" on Sunday that the agenda had not been set, and national security adviser H.R. McMaster told reporters on Friday that "there's no specific agenda. It's really going to be whatever the president wants to talk about."

More from AOL.com:
Kremlin: Putin, Trump to meet on sidelines of G20 summit
Trump has reportedly asked his aides to come up with 'deliverables' he can offer to Putin in their big meeting
Kremlin hopes Trump-Putin meeting will establish working US-Russia dialogue