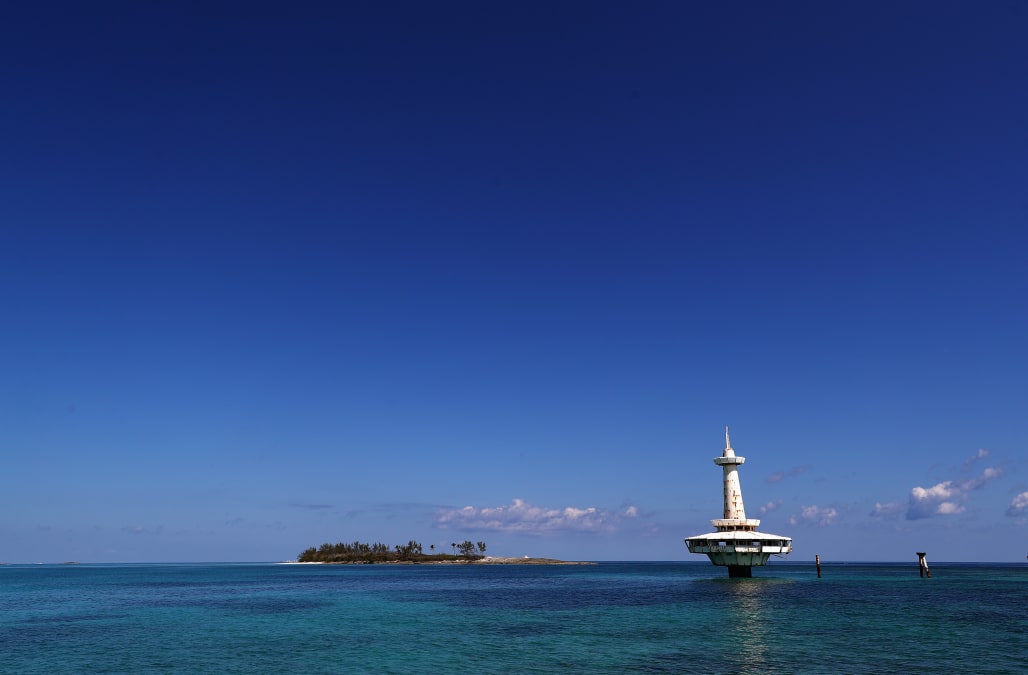 Tiffany Johnson was snorkeling off the coast of the Bahamas when she felt the bump on her arm. It didn't hurt, so she casually glanced to her right, angling to stay still so she didn't disturb the fish she'd been admiring.

That bump turned out to be a shark, and her arm was in his mouth, and he was, make no mistake, glaring at her.

"My arm was inside the shark's face, and we were face to face," says Johnson, 32, of Concord, North Carolina, who was nearing the end of a cruise vacation with her husband when the accident occurred on June 2. "He wasn't thrashing; he was just floating there with my arm in his mouth. And it was just this eerie, surreal moment – I remember his eyes looking into my eyes, and I remember my eyes getting big when the realization hit me: 'Oh my gosh, my arm is in a shark's mouth.'"

She tried to pull her arm out, and that was when the shark clamped down harder, Johnson recalls. A struggle ensued, probably lasting around two minutes, though it felt like it was happening in slow motion. "Of course I had fear right away, but I had this supernatural determination, like, 'I'm not going to die here, I refuse,'" says Johnson, a mother of three who credits her faith in God with carrying her through the ordeal. "I kept trying to yank my arm back, and the last time is when he cut it clean off, so when I pulled my arm out of his mouth, it was gone. And I just had this mangled stump."

When Johnson reflects on what happened next, it's a cascade of "miracles" – so many that she wants to make a list of them all, big and small, so she doesn't forget any details. After freeing herself from the shark, she started screaming and swimming to the nearby boat her husband was on – and the shark didn't follow her, even though she was leaving a blood trail. Shark attack experts have since told Johnson that most victims drown when they're attacked; she was able to stay at surface level throughout the ordeal. And her attacker was likely a tiger shark; these rarely travel alone, so Johnson was fortunate that a whole group didn't surround her and her husband, who jumped in to assist.

"When we got into the boat, I could feel a tangible cloud of peace," Johnson says. "In an even voice, I said, 'Go get me something to stop the bleeding.' I was spraying blood everywhere, and my husband was running around frantic. He found a beach towel from the cruise ship, and I told him to wrap it as tightly as he could, but he was wrapping it kind of lose. I said, 'You're not going to hurt me' – I was the one giving him instructions. It doesn't make sense, but I had this supernatural strength to be able to comprehend and cope and to have a sound mind to be able to do all that."

Due to passport issues, Bahama officials told Johnson that she and her husband likely wouldn't be able to fly home for four days; in another fortuitous turn of events, they were able to depart in two. And, after being initially treated at a Caribbean hospital, where she underwent surgery to stop the bleeding, she was "randomly assigned" to two doctors at Charlotte's OrthoCarolina Hand who happen to be spearheading a new era in treatment for amputees.

On June 9, Drs. Glenn Gaston and Bryan Loeffler performed a procedure called a targeted muscle reinnervation, or TMR, on Johnson, which reassigns nerves that once controlled the arm and hand. TMR will allow Johnson's brain to control the actions of the prosthetic arm she'll soon be fitted for.

"When Dr. Loeffler walked in, he told us, 'I know this sounds weird, but if ever you needed to have an amputation, now is the time, because we're literally on the cutting edge of everything,'" Johnson recalls. "It's another miracle! It didn't happen four years ago when we were snorkeling; it happened now, when I can get the best care."

Gaston explains it like this: When someone loses their arm – in this case, below the elbow – and the skin is simply closed up, that person's carpel tunnel nerve is "going to grow and try to find its home. And that becomes painful, a live wire if you will. It's like you're hitting your funny bone. So what we've begun doing is we say, you know what, there's a couple extra muscles that are no longer really doing anything. So what if we take this nerve that used to control your thumb and we place it into a muscle that's remaining in the forearm?"

The nerves that carry messages from the brain will be connected to a muscle over which a set of electrodes are placed, which means that when Johnson thinks "close hand," for example, the electrodes will send a signal to her motorized hand to close.

While the technology is crucial, so too is the sense of community and support at OrthoCarolina Hand. "A really neat thing about the clinic is that every patient who experiences this feels like they're on an island," Gaston says. "They don't know many other people who have lost an arm. But every time they come to see us every month, they see 15 other people who have had amputations, and they get to talk to each other: How did you learn to deal with this? Mentally, how did you cope with that?"

Johnson, for her part, says her positive outlook wavered only once: Shortly after the attack, when she tried to wash her hands in the hospital. "And I was like, 'How am I going to do this? I can't scrub my hands together,' and I started to cry a little. I was just realizing even the little things I took for granted that I'm not going to be able to do, at least for a while," she says. "At that time, I didn't think I was going to be able to do them at all, because I hadn't talked to the doctors about prosthetics and what the advancements are. But that's the only moment I had, because I'm just so grateful to be here. I mean, it's just an arm. It could have been so much worse."

More from US News:
'I Survived a Shark Attack'
4 Ascendant Members of Congress In The Age Of Trump
Republican Health Care Repeal Will Hit Some States Harder Than Others, Analysis Shows