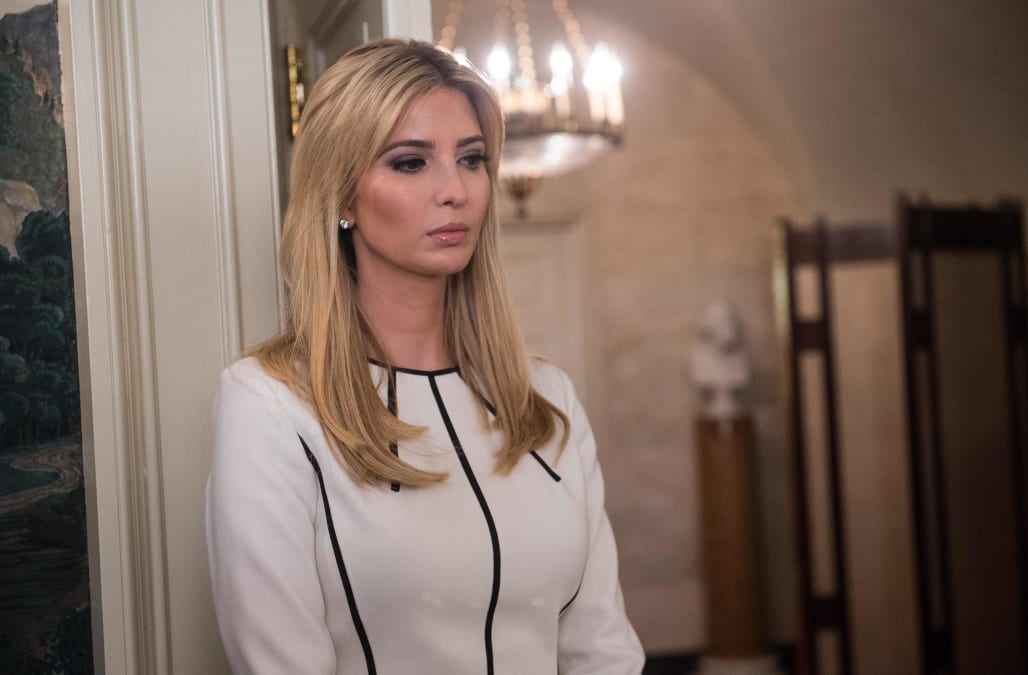 Ivanka Trump is defending a proposal her father's administration put forward earlier this year to mandate paid family leave, insisting that the plan is not another entitlement program.

In a letter published Tuesday by The Wall Street Journal, the first daughter and presidential advisor described the $25 billion plan to require employers to provide six weeks of paid family leave as "an investment in America's working families" -- one that is necessary to help new parents keep their jobs and that will give a boost to the economy by supporting women's ability to stay in the workforce after giving birth.

"The policy outlined in the administration's recent budget proposal emphasizes the need for mothers and fathers to have access to paid leave to encourage both parents to share parenting responsibilities and to strive toward minimizing hiring biases," she wrote. "While this policy will benefit all working parents, it will have an especially positive effect for women, who are far more likely than men to leave the workforce to provide unpaid care for a child."

Trump's letter is in response to a May 26 column in which the Journal's editorial board opposed the legislation she championed, saying the policy would make it more expensive for employers to hire new workers.

"President Trump is asking Republicans to start a bidding war for government family benefits, which is bad policy and worse politics," the conservative-leaning editorial board wrote.

"As usual the policy sounds unobjectionable but the details are messy. If the benefit is available regardless of income, the government will subsidize affluent families who don't need assistance," they wrote. "But inevitably the benefit will phase out as income rises like dozens of other federal subsidies. That could create another disincentive for work and advancement that traps families in poverty."

In a separate column on June 23, the board explained that their opposition was not to paid leave in principle, but to "a government plan to create a new spending entitlement through unemployment insurance."

In her response, Trump argued that relying on companies to provide the benefits necessary to help parents simply wasn't working.

"Unfortunately, those who need these benefits the most aren't getting them; the poorest, most vulnerable workers in our society get left behind," she wrote. "Currently, only 6% of workers in the bottom income quartile have access to paid family leave. Studies show that these individuals—particularly women without a college degree—are far more likely to lose or quit their jobs in the event of childbirth, resulting in a far greater cost to society over the long term."

She said that a paid leave policy would help ensure that both mothers and fathers share parenting duties by giving both parents the ability to take time off. And, pointing to research that said new mothers who don't get paid leave are almost 40 percent less likely to be working a year after their child is born than those who do, she said the policy would help reduce hiring biases, close the pay gap between men and women and ease women's struggles tore-enter the workforce.

The White House's proposal ought to be considered a starting point, she explained.

"We agree wholeheartedly that government benefits should not be a substitute for private-sector investment," she wrote. "We see a national paid-leave benefit as the necessary floor from which private sector companies and state governments can build."

"Providing a national guaranteed paid-leave program – with a reasonable time limit and benefit cap – isn't an entitlement, it's an investment in America's working families," she concluded.

Trump took meetings with lawmakers on Capitol Hill last month, hoping to win votes for her plan. She has struggled to get the backing of Republicans, who have concerns about the economic impact of the plan, while Democrats say her plan is too stingy in limiting benefits to first-time parents.