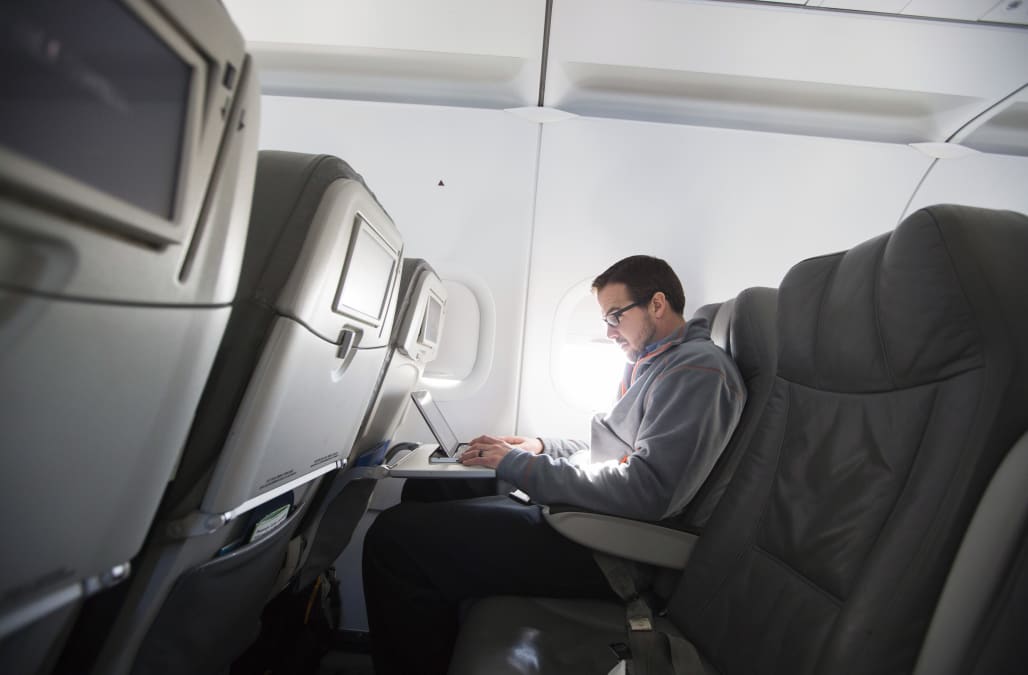 DUBAI/ISTANBUL, July 5 (Reuters) - The United States has lifted the in-cabin ban on laptops and other large electronic devices on U.S.-bound flights from Dubai and Istanbul, Emirates and Turkish Airlines said on Wednesday.

The announcements come three days after the ban was lifted on Etihad Airways' flights to the United States from Abu Dhabi International Airport.

The ban on U.S. flights from Dubai International, the world's busiest airport for international travel, has been lifted after new security measures announced by the U.S. last week were implemented, an Emirates spokeswoman said in a statement.

Emirates, the Middle East's largest airline and which flies to 12 U.S. cities, had blamed travel restrictions imposed by President Donald Trump's administration for a drop in demand on U.S. flights.

The Dubai-based carrier cut flights to five U.S. cities from May but had since said demand was starting to return on some routes.

Meanwhile Turkish Airlines said in a statement that passengers traveling to the United States could now take their laptops onboard.

Emirates and Turkish Airlines are the only airlines that operate direct flights from Dubai and Istanbul, respectively, to the United States.

"A technical team will come from Britain for an assessment within one week," Turkey's Transport Minister Ahmet Arslan told reporters in the capital Ankara. "I'm sure they will lift that ban. There is no reason for the ban to continue."

There was no immediate comment available from U.S. officials on the lifting of the ban in Dubai and Istanbul.

The U.K. ban does not apply to flights from Dubai and Abu Dhabi.

"When I was buying the ticket I thought 'shall I buy one for the day after just in case', but I bought one for today when they said it was being lifted," Emre Tokmak, a passenger on a Turkish Airlines morning flight to New York traveling with his laptop, told reporters at the airport.

In March the United States imposed the ban on direct flights originating at 10 airports in eight countries -- Egypt, Morocco, Jordan, the United Arab Emirates, Saudi Arabia, Kuwait, Qatar and Turkey -- to address fears that bombs could be concealed in electronic devices taken aboard aircraft.

Some airlines affected by the ban tried to soften the impact of the restrictions by allowing passengers to check in banned devices shortly before boarding and offering to loan tablets for use during the flight to those traveling in first or business class.

"Whilst it is difficult to quantify the actual financial impact of the ban it's positive for those carriers for whom it's been lifted," aviation industry consultant John Strickland told Reuters. "Perception is important for lucrative business travelers and this restores a sense of ease and convenience in using these carriers."

The United States announced on June 29 enhanced security measures for flights to the country which require additional time to screen passengers and personal electronic devices for possible explosives.

The new measures, which take effect within three weeks of the announcement, will affect around 325,000 daily passengers traveling on 180 airlines from 280 airports around the world, according to the U.S. Department of Homeland Security.

Saudi Arabia Airlines (Saudia) expects the ban to be lifted on flights from Jeddah and Riyadh by July 19, state news agency SPA reported on Tuesday.

(Reporting by Alexander Cornwell in Dubai, Daren Butler and Can Sezer in Istanbul; Editing by Louise Heavens, Greg Mahlich)

More from AOL.com:
Woman delays flight for hours after throwing coins in the engine for good luck
Many killed after tour bus collision in Germany
Shake, rattle and roll: Airline captain tells passengers to pray during wild flight