Creator of Trump's CNN body-slam meme apologizes for racist and anti-Semitic posts: 'I am in no way this kind of person' 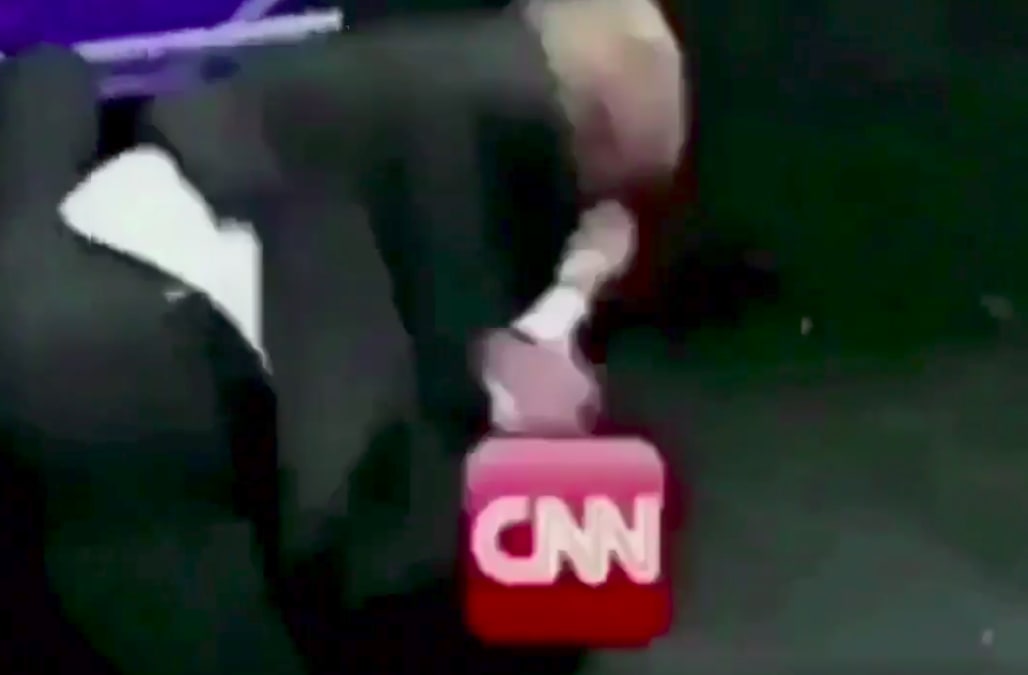 The Reddit user who created a GIF of President Donald Trump body slamming and punching CNN's logo apologized Tuesday for racist and anti-Semitic comments he made in the past.

"I would like to apologize to the members of the Reddit community for getting this site and this sub embroiled in a controversy that should never have happened," Reddit user "HanA--holeSolo" wrote, referring to the pro-Trump "subreddit" or community, R/The_Donald.

"I am in no way this kind of person. I love and accept people of all walks of life and have done so my entire life," the user continued.

The post, in which the user also urged other trolls to consider the impact of their actions and promised to quit posting from his account, has since been deleted from the site. A Buzzfeed News reporter posted screenshots of the apology before it was deleted on Tuesday evening.

Redditor HanAssholeSolo, the guy who posted the Trump/CNN clip the president tweeted, has apologized to @CNN, the media, and others pic.twitter.com/GlePoiSlFj

Trump tweeted out the GIF on Sunday morning, which is an edited version of Trump wrestling WWE CEO Vince McMahon to the ground in 2007. The CNN logo is superimposed on McMahon's face.

"HanA--holeSolo" took credit for creating the meme on Sunday.

"I wake up and have my morning coffee and who retweets my s---post but the MAGA EMPORER himself!!! I am honored!!" the user wrote.

"HanA--holeSolo's" post shined a spotlight into an often dark corner of Reddit, where racist, anti-Semitic, and xenophobic posts are common.

The user's own history is rife with examples. He posted a graphic in June featuring a litany of CNN employees on a chart with the Jewish Star of David next to their heads. The was titled "Something strange about CNN...can't quite put my finger on it."

He also wrote, "F--- ISLAM," in a post on Sunday and commented on a photo of refugees walking together in a crowd, writing, "there's a MOAB (Mother of All Bomb's) for that."

However, the user appeared remorseful in his apology and discussed how "trolling" or posting deliberately antagonizing and hateful comments on the internet, was an "addiction."

The user called the publicity around his comment history an "extreme wake-up call."

"Free speech is a right we all have, but it shouldn't be used in the manner that it was in the posts that were put on this site," the user wrote. "I do not advocated violence against the press and the meme I posted was in no way advocating that in any way, shape, or form."

RELATED: All of Trump's deleted tweets since becoming president

The user continued to discuss how "trolling to get a reaction" out of people isn't the best way to make a point.

"To people who troll on the internet for fun, consider your words and actions conveyed in your message and who it might upset or anger," the user wrote.

"So to the members of this community, the site, the media (especially CNN), and anyone offended by the posts, again I apologize," the user wrote. "This is one individual that you will not see posting hurtful or hateful things in jest online."