USGS: Swarms of earthquakes in Yellowstone are nothing to worry about 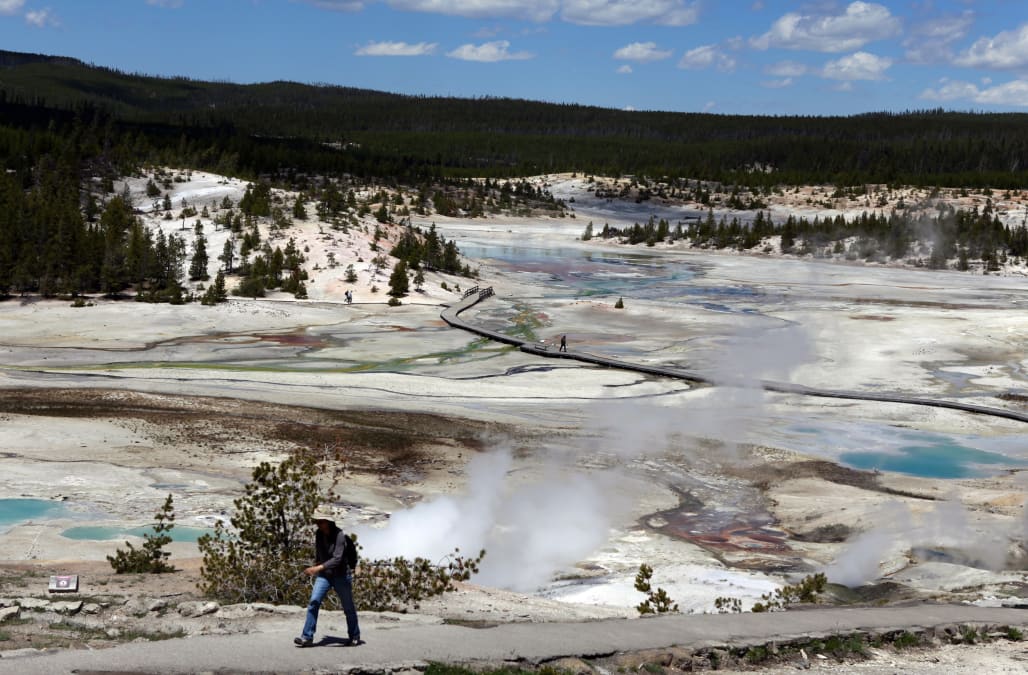 Earlier this month, a swarm of minor earthquakes rattled Yellowstone National Park. Seismologists at the University of Utah tracked 878 earthquakes in two weeks.

And considering the park sits on a supervolcano, it sounds bad. But swarms of tiny earthquakes are actually normal at Yellowstone.

Experts with the U.S. Geological Survey say swarms account for about half of the park's seismic activity each year and that they don't make the volcano any more likely to erupt.

The quakes can come from normal activity at fault lines, magma movement or pressure from water heated by that magma. The steam from the superheated water gives Yellowstone its famous geysers.

SEE MORE: Don't Freak Out About California's Swarm Of Earthquakes Just Yet

Experts say if Yellowstone was about to erupt, there would be more troubling signs. Magma rising to the surface might cause more frequent and stronger earthquakes than those from this swarm. And the ground might deform, or there might be more steam venting.

But there's also no way to forecast how or when an eruption might happen for sure. Keep that in mind the next time you're watching Old Faithful.

More from Newsy:
Wildfires Are Burning Less Land, But That's Not All Good News
What Existed Before The Big Bang?
Turbines Of The Future Might Be Larger Than The Empire State Building