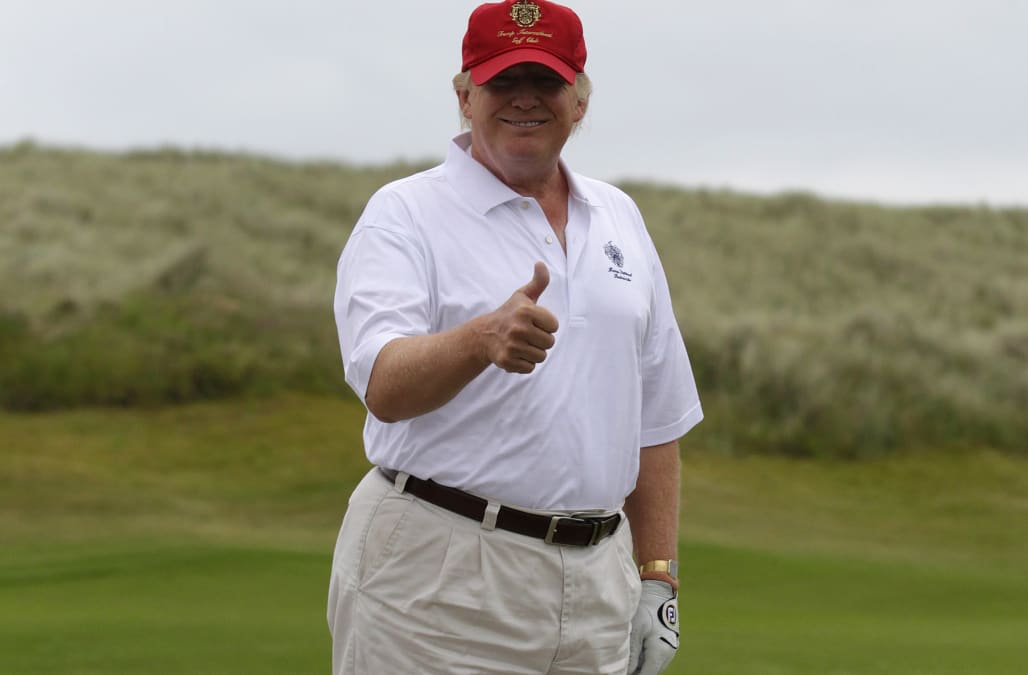 Many presidents in the past have loved to golf -- but Donald Trump's passion for the sport seems to be unparalleled.

During his campaign, Trump slammed Barack Obama for his golfing vacations, sending off a series of fiery tweets about the matter.

Can you believe that,with all of the problems and difficulties facing the U.S., President Obama spent the day playing golf.Worse than Carter

NBC News has been tracking Trump's visits to golf clubs since becoming president.

He has spent a shocking 35 days at Trump-branded golf properties out of 165 days in office -- that's about 1/5 of his entire presidency.

Taxpayers fund Trump's trips and taking many vacations can be draining the country's finances.

Though it's not unheard of for presidents to take breaks from the exhausting job, Trump has said he wouldn't take many vacations in the past.

During his campaign, he rump argued that Americans should vote for him because he would rarely leave Washington.

He promised that he wouldn't go golfing because there was too much work to do -- and it's hard to defend that statement now that he has spent 21 percent of his time in office on vacation.