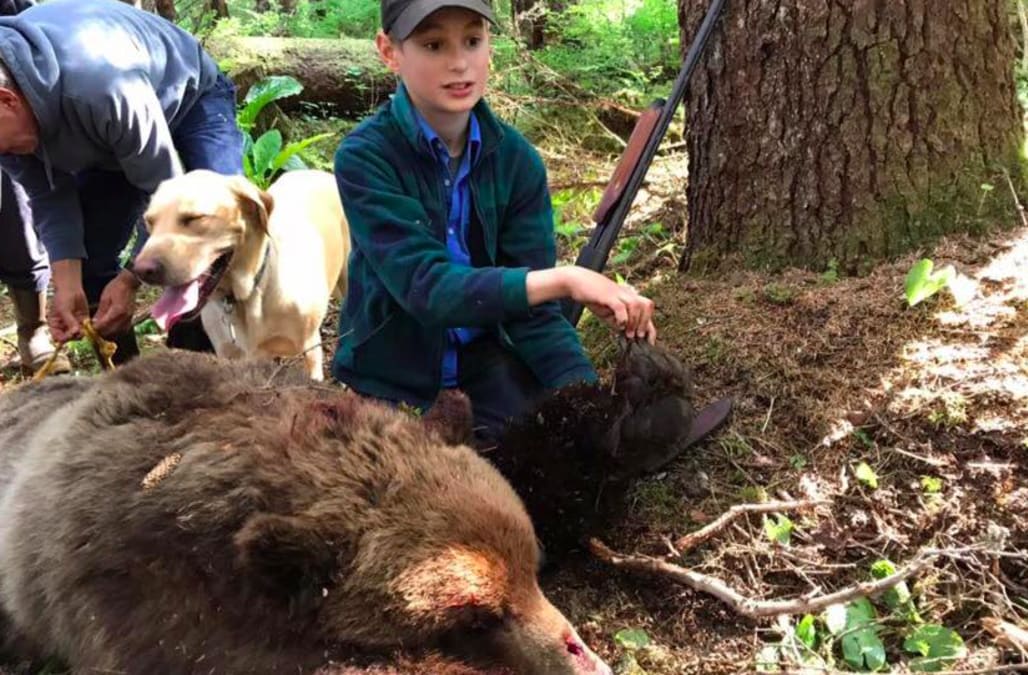 Quick thinking from an 11-year-old Alaskan boy saved his fishing party from a charging brown bear.

Elliot Clark was walking through the woods with his uncle, two others, and three dogs to a fishing hole. That's when a brown bear spotted them and began charging.

Clark's uncle was armed, but the bear charged so fast there was no time to take his rifle off of his shoulder. That left the bravery up to little Elliot, who raised his pump action shotgun and started firing.

I've got a couple amazing updates to a real-life bear incident that occurred 9 days ago near Hoonah, Alaska. I'd shared...

The first shot hit the bear's shoulder, which did nothing -- but the second hit his nose and the third hit his shoulder and back. The bear was so close to Elliot, there were gun powder burns on the bear's mouth.

Elliot's father wondered if he son would've had enough time to save his family if his gun would have been outfitted with a sling. Alaska Senator Shelley Hughes posted pictures of the aftermath, commending Elliot on his bravery.