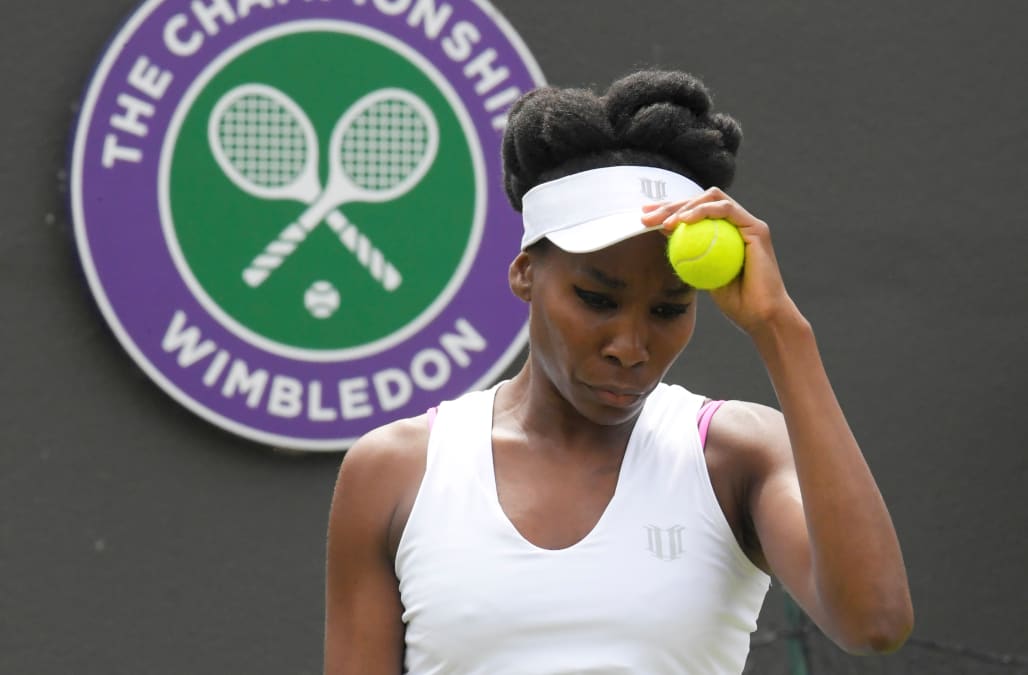 LONDON, July 3 (Reuters) - Venus Williams broke down in tears during her post-match news conference at Wimbledon on Monday when asked about a recent motoring incident she was involved in, which led to the death of a 78 year old Florida man.

Williams, who won her first-round match against Belgian Elise Mertens in straight sets, was asked about her feelings regarding the incident.

"There are really no words to describe, like, how devastating and...yeah. I'm completely speechless. It's just - yeah, I mean, I'm just," said the American before breaking down in tears and leaving the room.

News of the fatal incident near her home in Palm Beach Gardens surfaced on Thursday.

RELATED: Venus Williams through her career

Palm Beach Gardens police released a preliminary report saying she was the driver at fault in a June 9 accident that left Jerome Barson, a passenger in the other car, with fatal injuries.

After the crash, Barson was taken to a Florida trauma center where he died 13 days later, according to the Palm Beach county medical examiner.

The police report estimated Williams was traveling at about 5 miles per hour (8 kph) at the time of impact and was not distracted or suspected of any drug or alcohol use.

Before breaking down in the news conference, Williams had been asked several questions about her emotions in the past month but had avoided directly addressing the matter.

"I have no idea what tomorrow will bring. That's all I can say about it. That's what I've learned," she said to another question on how she was handling the situation.

Last week Williams released a statement on Facebook saying that she was "heartbroken" and "devastated" by the death of Barson.

Williams also said she was missing her sister Serena who is on a break from the game while she is pregnant.

The 37-year-old American faced a tenacious opponent as she began her bid for a sixth Wimbledon singles title with a 7-6(7) 6-4 victory.

While a nervous Mertens struggled early, going 3-0 down in the first set, the 21-year-old, ranked 54th in the world, battled back to force a tiebreak which Williams won 9-7.

Williams, who last won Wimbledon in 2008, was unable to convert two match points in the second set before a rain break, but she returned to serve out for victory.