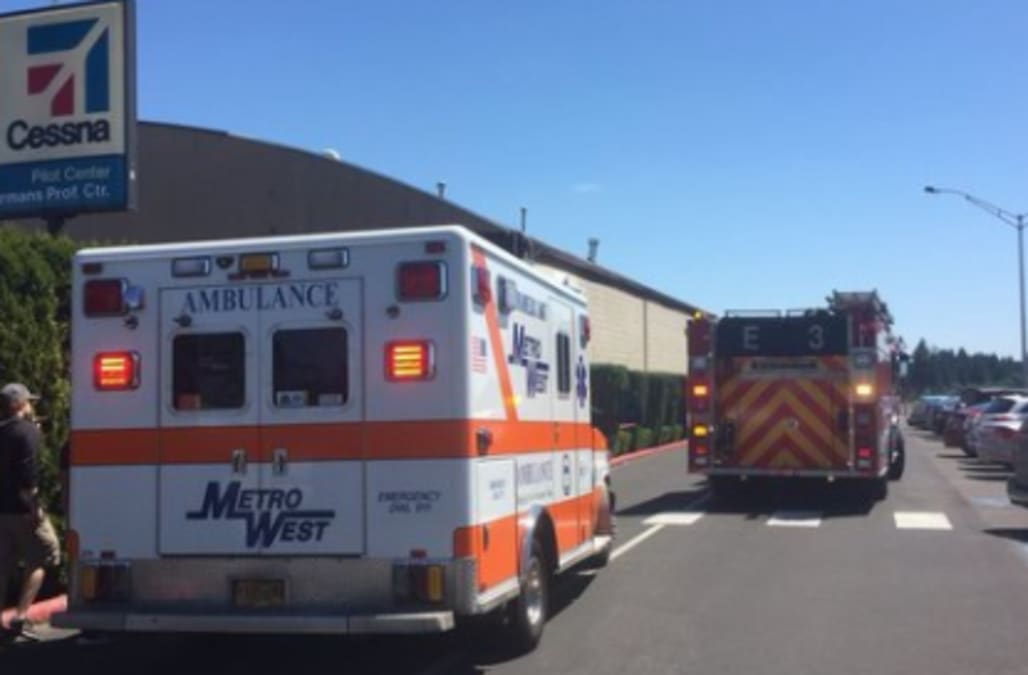 (Reuters) - An armed suspect was shot to death on Monday after attempting to steal a helicopter at an airport in Hillsboro, Oregon, the Oregonian newspaper reported.

All arriving and departing flights were put on hold at the airport, about 15 miles northwest of Portland, the newspaper said.

A Hillsboro Police Department spokesman confirmed to Reuters that there had been a shooting at the airport but declined to provide details. Airport officials could not immediately be reached for comment.

The Oregonian reported that the suspect confronted a flight instructor and student outside the Hillsboro Aero Academy at about 11:40 a.m. and fired at least one round before briefly getting into the helicopter.

A Hillsboro police officer confronted the gunman in a nearby field a short time later and fatally shot him, the newspaper reported.

The flight instructor and student were unhurt, the Oregonian reported.