Many killed after tour bus collision in Germany 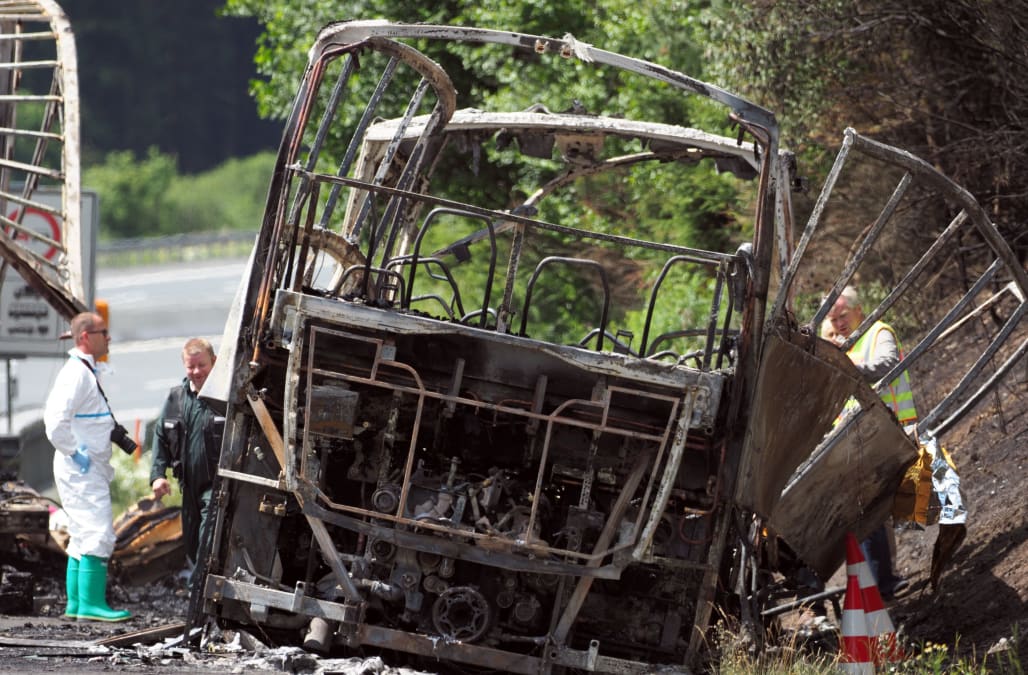 BERLIN, July 3 (Reuters) - Many people were killed when a coach burst into flames after colliding with a lorry on a motorway in the German state of Bavaria on Monday, the German government said.

A local newspaper, Frankenpost, said that 17 people had been killed, without identifying its source for the information.

Police said on Twitter that "a number of people" had died with 31 people injured, some of them seriously.

Police said there had been 48 people on the bus at the time of the crash. (Reporting by Michelle Martin and Alexander Ratz; Editing by Richard Balmforth)

More from AOL.com:
Church bus driver charged with rape of a child
Converted school bus rental in California offers yoga on a private ranch
Video: Man calmly walks into pub after being hit by a bus