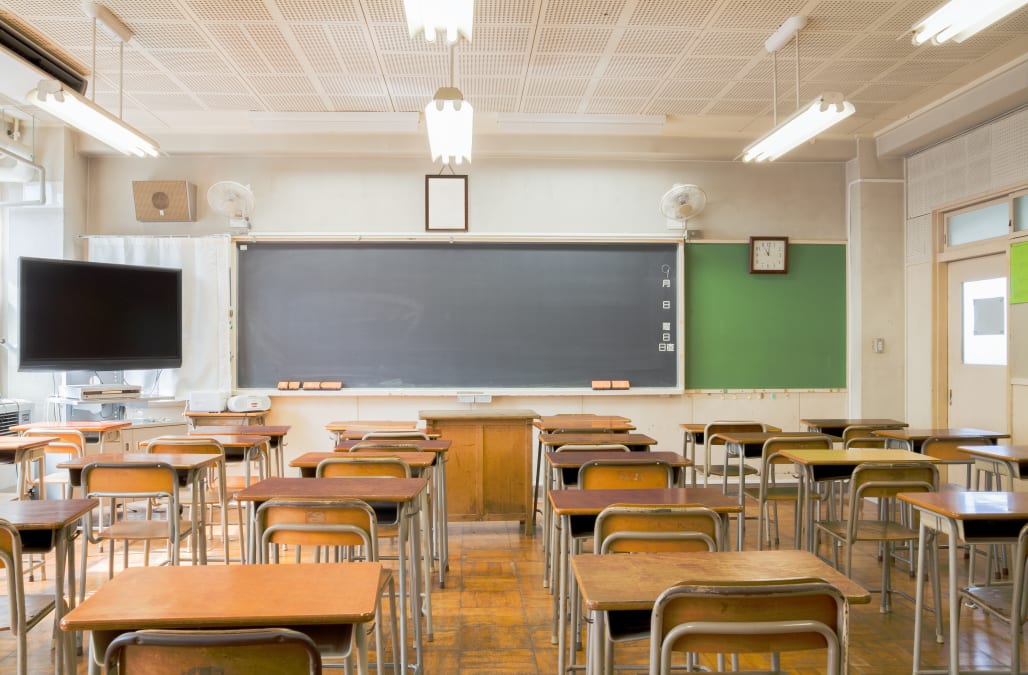 A new Kentucky law will clear the way for Bible study courses to be implemented in the state's public schools, but watchdog groups are concerned about its potential to infringe on religious liberties.

Religious monuments around the United States
A Ten Commandants monument is seen in a fenced-off section of Oklahoma State Capitol grounds in Oklahoma City, Oklahoma, September 30, 2015. The Republican Party of Oklahoma has offered a home to a Ten Commandments monument soon to be removed from Capitol grounds for violating state law, saying its teaching are espoused by the party, officials said on Thursday. Picture taken September 30, 2015. REUTERS/Jon Herskovitz
The Christ of the Ozarks statue is seen in Eureka Springs, Arkansas, in this undated handout photo courtesy of the Arkansas Department of Parks and Tourism. For decades, visitors from around the world descended on the small Ozark mountain hamlet of Eureka Springs to see The Great Passion Play, the tale of Jesus Christ's last week on earth. The flashy play with a cast of hundreds, including live animals, was performed for 45 seasons in the shadow of the seven-story Christ of the Ozarks statue on Magnetic Mountain. REUTERS/Arkansas Department of Parks and Tourism/Handout (UNITED STATES - Tags: RELIGION SOCIETY) FOR EDITORIAL USE ONLY. NOT FOR SALE FOR MARKETING OR ADVERTISING CAMPAIGNS. THIS IMAGE HAS BEEN SUPPLIED BY A THIRD PARTY. IT IS DISTRIBUTED, EXACTLY AS RECEIVED BY REUTERS, AS A SERVICE TO CLIENTS
Historical marker at Fort Boonesborough regarding first official Christian service held in Kentucky in 1775. (Photo by: Education Images/UIG via Getty Images)
Cameron Reed of Wichita, Kansas and Linda Capabianco stand with a large replica of the Ten Commandments in front of the Georgia capitol in Atlanta, Georgia, September 29, 2003 as part of the "Spirit of Montgomery" protest to allow the Ten Commandments to remain in federal and state buildings across the country.The protests began after the removal of a monument of the Ten Commandments from the Alabama Judicial Building in Montgomery, Alabama. REUTERS/Tami Chappell TLC
The U.S. Supreme Court said on October 12, 2004 that it would decide whether displaying the Ten Commandments on government property, including at a state Capitol or a county courthouse, violated church-state separation. The justices agreed to resolve the issue after conflicting rulings by U.S. appeals courts around the country on whether displays of the Ten Commandments amounted to an impermissible government endorsement of religion under the First Amendment. File photo from August 27, 2003 shows workers preparing to remove a Ten Commandments monument from the Alabama Judicial Building in Montgomery, Alabama. REUTERS/Tami Chappell RC/SV
The Dalai Lama (C) sits on a stage during a ceremony at the largest Buddhist monument in the U.S., The Great Stupa of Dharmakaya, near Red Feather Lakes, Colorado, September 17, 2006. REUTERS/Rick Wilking (UNITED STATES)
Up Next

"You could be an atheist, and you would appreciate there's a lot of wisdom in the Bible," he added.

Kate Miller, the advocacy director for the Kentucky ACLU, said in an interview on Thursday that the bill has been on the organization's radar for some time now.

One of the big questions the ACLU will look at as the new law is rolled out, according to Miller, is how the concerns of parents or students who object to or are critical of the Bible will be handled. The worst case scenario, she said, would be public school teachers proselytizing within the classroom — "preaching rather than teaching," as she put it.

"I think we have a responsibility to really be vigilant when it comes to these types of issues when it comes to the first amendment," Miller said. "The ACLU has a long history of dealing with religious liberty and its intersection with First Amendment speech — we always encourage parents and students, if they feel their rights are being infringed upon, to save those worksheets and homework and share those with us."

Kentucky is a red state, and also a deeply religious one: According to a recent Pew survey, 76% of the adults in Kentucky identify as Christians.