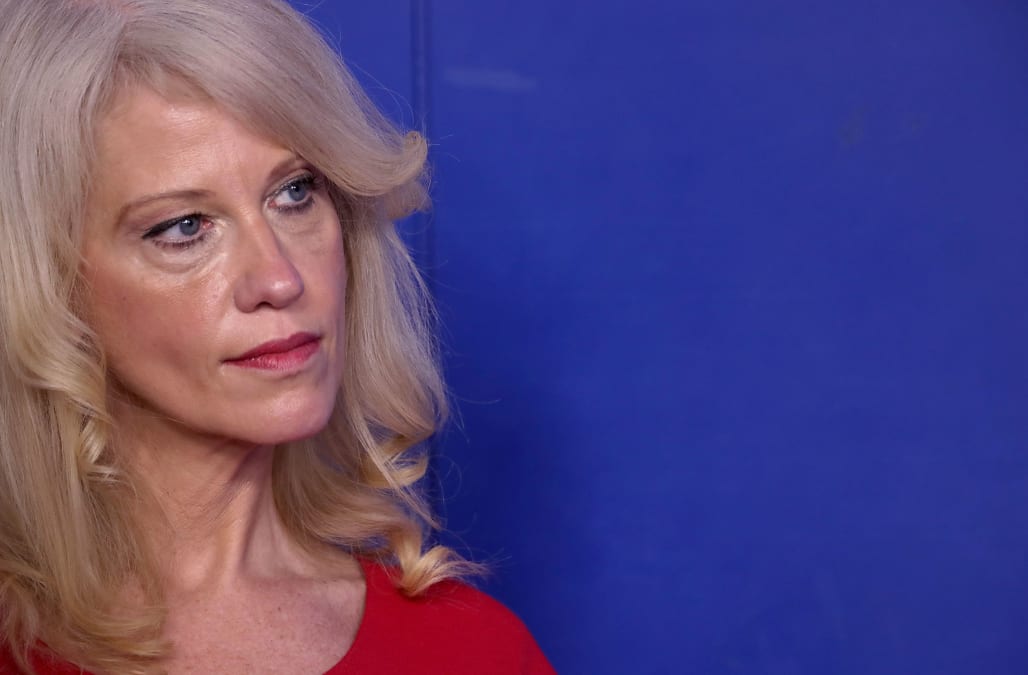 In an interview on "Fox & Friends," Conway argued that reporters should have spent less time covering the president's tweet on Sunday of an edited video showing himself attacking a wrestler with a CNN logo superimposed over his face.

"I know it's a heck of a lot easier to cover 140 characters here or there, or what the president may be saying about the media here or there than it is to learn the finer points of how Medicaid is funded in this country, and how that would or would not change in the Senate bill, how the childcare tax credit might affect your family," Conway said. "They don't cover these finer policy points."

She added: "And I talked to a few over the weekend who called me and say, 'Well, we would cover that, Kellyanne, but the president said this and did that.' I think if you have a 24-hour cable news outlet, or you're a network, or you are a print reporter you can probably cover all of the above. Everybody makes choices."

Conway's attempt to dismiss the relevance of Trump's more outrageous tweets came after a days of criticism of the president's recent activity on Twitter.

Many in the media decried Sunday's tweet, saying it encouraged violence against journalists at a time when newsrooms are quietly beefing up security amid threats to some reporters. The tweet followed days of backlash to another Trump tweet on Thursday saying "Morning Joe" host Mika Brzezinski was "bleeding from a face-lift" when she visited the president last year at his club in Florida, though many reporters have questioned the accuracy of Trump's claim.

SEE ALSO: Why one of the Senate's young progressives isn't running for president in 2020