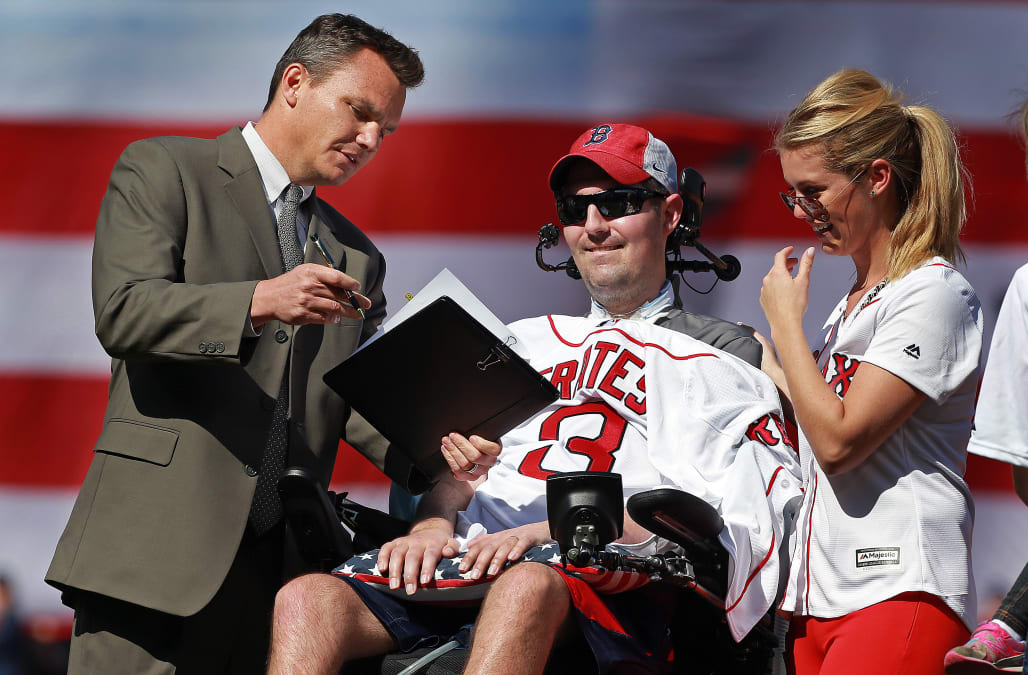 Award-winning journalist Mike Barnicle originally tweeted out that the 32-year-old had passed on Monday morning, but then retracted his tweet.

CORRECTION: Family friend of Peter Frates told me had passed at 32. He was wrong and I was doubly wrong to tweet it. Thank God I was wrong.

The former Boston College baseball star was diagnosed with amyotrophic lateral sclerosis on March 13, 2012 -- and was told at the time he had five years to live. Frates has since dedicated himself to raising money and awareness about ALS.

The "Team FrateTrain" Facebook page showed a post from Sunday saying Frates was back at Massachusetts General Hospital fighting the disease.

RELATED: Pete Frates through the years

In 2014, Frates wrote of his commitment to raising awareness -- which included creating the world-famous Ice Bucket Challenge -- saying his "calling" was to "raise ALS awareness and to fight for a brighter future for all those affected today and those yet to come."

"My dream is for this article to be found by someone in a Google search one day—much like the one that linked my symptoms to ALS," Frates wrote, "And for he or she to wonder how anyone ever could have died from something treated so easily."